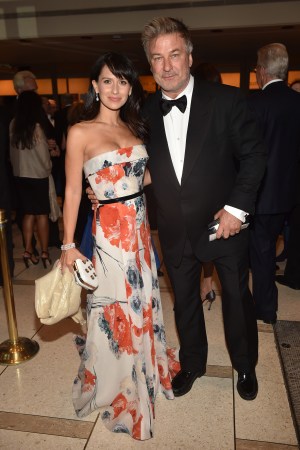 The night was about music, but at the gala to open the New York Philharmonic’s 174th season on Thursday evening, an order of business came first. The building that houses the Philharmonic, previously known as Avery Fisher Hall, was renamed in a short ceremony before the performance; the space is dubbed “David Geffen Hall” after entertainment mogul David Geffen, who recently donated $100 million to the organization.

This story first appeared in the September 28, 2015 issue of WWD. Subscribe Today.

The hall’s title wasn’t the only change of hands; the evening also marked the debut of the new concertmaster, Frank Huang. “It’s the beginning of the next generation of the Philharmonic. It’s moving into a new era, so it’s a really important night,” Philharmonic board member Stephanie Sirota said. “Lang Lang is the most incredible young pianist in the world, and when you listen to him he just transports you. You can be young and new to it or be an experienced student, it doesn’t really matter. He has such magic in his fingers.”

Clarkson had a busy week of music after attending Monday night’s Metropolitan Opera opening gala. “We dolled up,” she said, mingling during cocktail hour with a friend. “We put on all our fineries, but it’s really just about the music — it’s why we live in New York, right?”