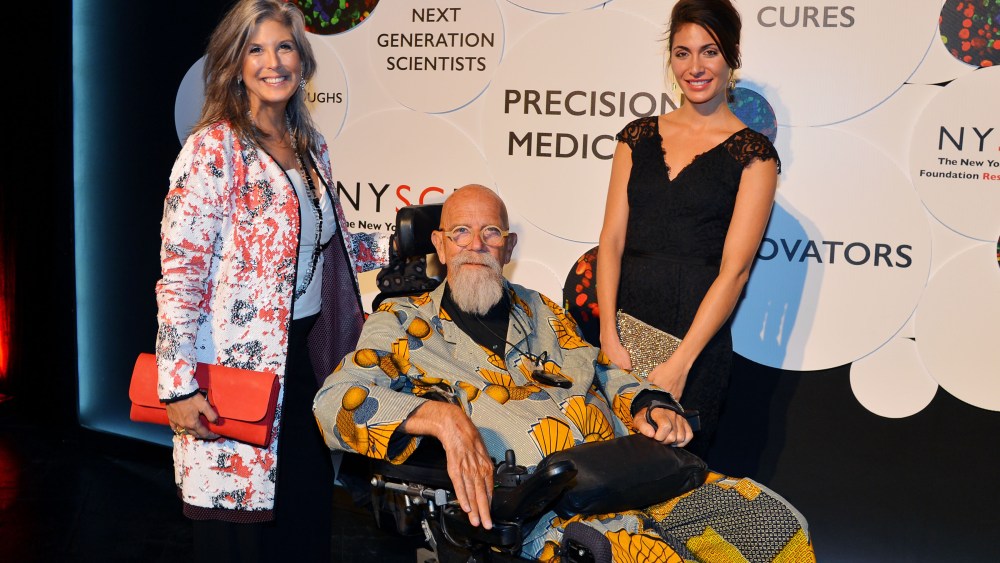 On Tuesday night, the New York Stem Cell Foundation celebrated its 10th anniversary with a gala — this year held for the first time at Skylight at Moynihan Station — and a blue-chip art auction. Among the pieces up for bid this year were Roy Lichtenstein’s screenprint “Chem 1a” and a piece from Richard Serra’s 2011 series, “Bight.”

Fittingly, the art world was present, including Dorothy Lichtenstein and Chuck Close, who donated his 2014 piece “Phil (Spiral).” A  slew of financial industry titans, or their wives, were also in attendance: William Mack, Jeff and Lisa Blau, Roy Furman, and Laura Blankfein.

“Fifteen years ago my father was diagnosed with Parkinson’s,” said Shirley Cook, who recently left Proenza Schouler, where she was chief executive officer. “And I was introduced to NYSCF and I was like, ‘Oh, this is the way out.’ It might not be now but it’ll be eventually. And my dad’s my best friend, so it’s nice to do something that will never help him but it might help other family members, other people, and I think that’s really important.”

All present spent the cocktail hour in an unusual fashion for a gala: chatting with scientists — lab coats included — about their work at the foundation.

“I was one of the original board members,” Close said, while looking over plans for the foundation’s upcoming new headquarters in Midtown, where for the first time its lab and offices will be located under the same roof.

“It’s really the beginning of what we think are going to be very rapid therapies,” said the Foundation’s founder, Susan Solomon. “We take the work you might think of doing in an academic environment and we scale it up so that you can actually figure out what’s needed to treat a person. Nobody else does that.”