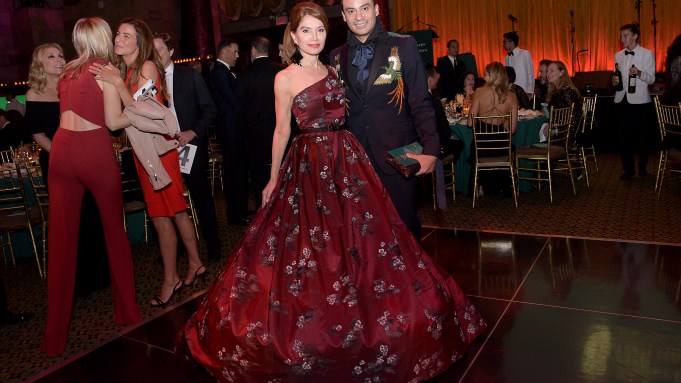 What’s that they say about one door closing and another one opening?

“Is it the beginning of gala season? It feels like the end of New York Fashion Week to me,” said Alina Cho, standing in the foyer of Cipriani 42nd Street on Thursday night. Cho had come out for the New Yorkers for Children fall gala, which launched the fall society season mere hours after the end of NYFW. The organization, which provides support for children in foster care, was celebrating its 20th year.

“I have mentored one of these young women who’s gone on to graduate school and she’s now working. To see the transformation that happens under the care of New Yorkers for Children is pretty remarkable,” continued Cho, who served as a vice chair for the gala. Several NYFC youth were in attendance, dressed by Macy’s with glam by MAC Cosmetics and Frédéric Fekkai. “How many opportunities do they have really to dress up, come to a black tie gala, and a fancy place like Cipriani? It’s a special night for them.”

The philanthropic crowd — Wes Gordon, Dree Hemingway, Indre Rockefeller, Dayssi Olarte de Kanavos, Kelly Rutherford, singer Trey Songz — had slipped on their evening finery. Chloé, which has provided support for the fall gala in recent years, dressed many of the gala’s cochairs for the night.

“I have a little creative outfit here,” Christine Mack said of her pink blouse and sparkly silver skirt. She was marking her third year as a cochair. “Some of these girls become such amazing leaders because of this organization,” she explained. “I grew up in Sweden where we’re socialists, everybody has the same opportunities, and here [in America] it’s not that way. I think that [NYFC] is the great equalizer.”

As of 10 p.m., the event had raised $1.3 million to support the organization’s initiatives.