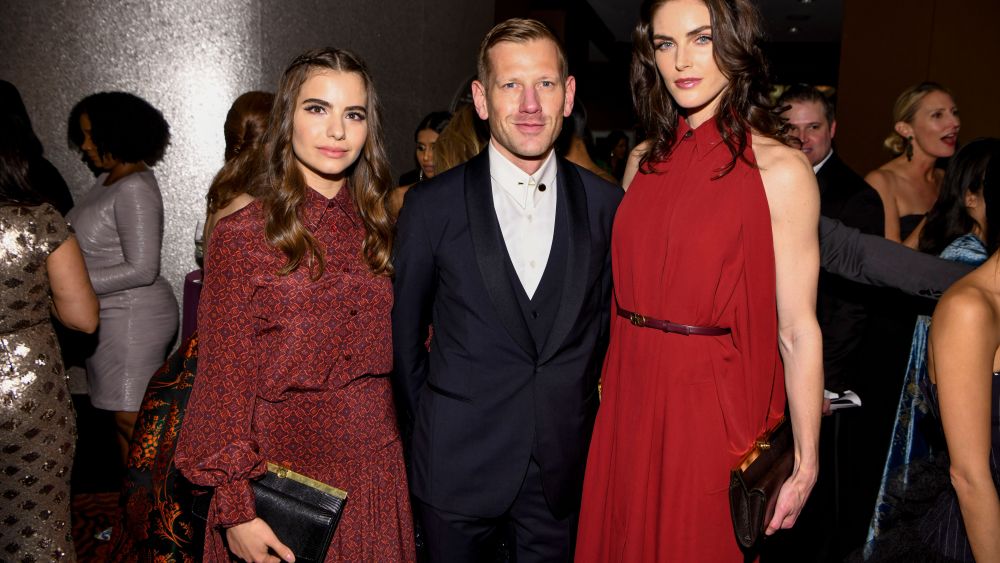 Jean Shafiroff arrived off the elevator to the 36th floor of the Mandarin Oriental hotel and, with her eye on the prize, made her way to the step-and-repeat. She fluffed her gown for photographers, inquiring if she should pose with the gloves or without (both options were documented, thankfully).

Yes, we’re in the thick of the spring gala season in New York, and Friday night it was New Yorkers for Children’s turn, with their annual Fool’s Fete gala benefiting New York youth in foster care.

“I think this is what sets the theme for other galas in the springtime,” said Selita Ebanks, who, having spent time in the foster care system herself, has been actively involved with the charity for a number of years. “I flew in from L.A. just for this.”

While posing against the flower wall in her floral Ronald van der Kemp gown, onlookers noted how perfectly she matched the display. No newbie to the Fool’s Fete, Ebanks planned it that way.

“I know that’s the theme every year,” she said of her coordinating dress. “Of the two galas that we have, this one is a little more relaxed and allows the fashion divas to come out and spread their wings.”

Paul Andrew posed with Hilary Rhoda and Violetta Komyshan before making his way into the ballroom to the table Ferragamo bought in support. The designer has been juggling the spring social season — he attended the Save Venice ball the previous Friday night.

“I’m back and forth to Florence an awful lot with my new role as creative director of Ferragamo and so I’m spending as much time in Italy as I can outside of the office,” he said. A favorite recent discovery?

“I’m in Tuscany, so there’s this gorgeous hotel retreat called Castel Monastero, in Siena, which was once a fortress village that has since been transformed into a beautiful hotel resort,” he said. “It’s absolutely magnificent.”

“It’s a new charity to me,” said model Kate Bock. “Charities are always good to support.” Right she was.

During the cocktail hour, painter Donald Robertson, dubbed by Alina Cho as the “Andy Warhol of Instagram,” painted portraits for $1,000 donations. By the time dinner began, he had raised $10,000 for the organization.

“This is my second year, and it’s my give-back moment. These are very, very easy people to paint,” he said, between sessions. “It’s a very well-dressed group so it’s not like I have to struggle too much.”

While all 10 had gone swimmingly, he noted there was one request that stood out from the others. “The only thing is, there was one where it was with husband, and without husband. I thought that was kind of cold,” Robertson grinned. “He was just like…he knows.”

Tessa Thompson on Working With Janelle Monáe for ‘Dirty Computer’