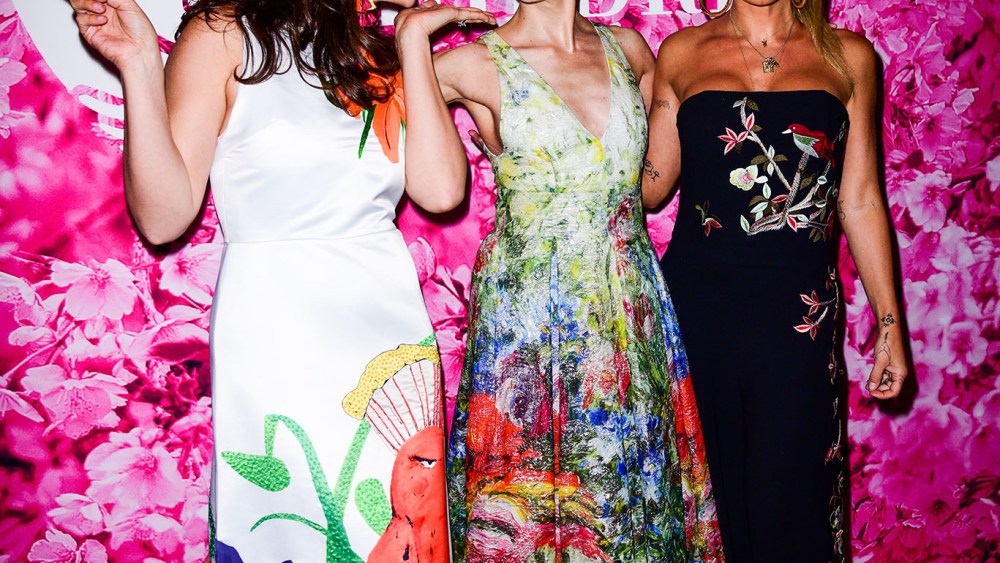 The saying is “April showers bring May flowers,” but on a rainy Tuesday night the showers brought the florals to the Mandarin Oriental for the New Yorkers For Children 14th annual spring dinner dance.

The evening, coined “A Fool’s Fete: Enchanted Garden,” benefited youth in foster care and had drawn a crowd decked in ethereal floral gowns despite the dismal weather; some guests — Arden Wohl, Stacey Bendet, Hanna Bitton, Sarah Sophie Flicker — had taken the theme a step farther, topping their springy looks with a floral crown.

During a predinner cocktail, illustrator Donald Robertson had set up shop at a bar table, where he was drawing portraits of guests for a paltry (but charitable) $500. “Oh my gosh, it looks perfect, thank you,” exclaimed one woman upon seeing her 2-D likeness; Allison Aston stepped up to bat shortly after. Across the room, Oscar de la Renta designers Fernando Garcia and Laura Kim had just arrived and were mingling by the cramped bar. (The late de la Renta had himself been on the organization’s board.)

“I always support this charity. I think it’s a great cause,” said model Crystal Renn, sparkling in a rosy pink sequined gown. “I have a story that is not anywhere near the same, but in some ways relatable. I was adopted — because people helped and support me as a young child, I am who I am today,” she continued. “I know that people can make a big differences in lives, especially young lives.…I had people take care of me when they didn’t need to. And they made a choice to do so. The choice to be here tonight, people need to know that it does make a difference.”

Alina Cho took the mic at the start of dinner to drive that point home.

“Now, I know some of you spent a little time or maybe a lot of time thinking about what you were going to wear tonight. And why not? It”s a glamorous evening,” she told the crowd, situated at tables with towering pink floral branch arrangements. “But, I think what can get lost sometimes is the reason why we’re here,” Cho continued. “And that’s to support New York City youth in foster care.”