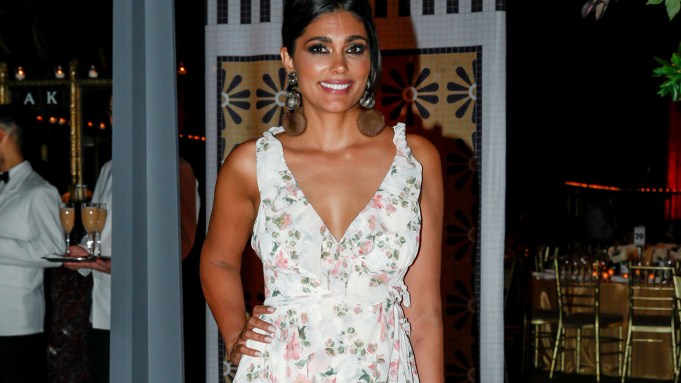 And just like that it’s the fall fund-raising season in New York.

With fashion week a not-so-distant memory, the city’s philanthropic set gathered once again at Cipriani 42nd Street for the 18th annual New Yorkers For Children ball on Thursday. The towering room was replete with air kisses and canapés as many long-term supporters of the organization reconvened after the summer holiday to raise money in support of children in the city’s foster care system.

“It’s on the tail end of [NYFW] so I think some people are a little tired,” remarked a fresh-faced Alina Cho. A perennial supporter of the organization, the journalist noted how mentoring a foster child more than a decade ago directly affected her life. “I saw her go from being very shy [in high school] to finishing graduate school and now being fully in the workforce. When you can feel like you can make a difference in one small way, it’s impactful.”

Rachel Roy arrived to New York earlier this week from the West Coast to take in shows like Marchesa — “my favorite,” she gushed — and stayed in town specifically for the fund-raiser. “Kids don’t get to pick where they were born or who they were born to,” said the mother of two. “We can be a voice for those that don’t have a voice.”

The 43-year-old designer, who is preparing to launch a collection of shoes and plus-sized swimwear this fall, praised the varied models she saw on the runway this season. “Finally. I think more great people have come along, but Ashley Graham has a very brave voice,” she opined of the full-figured model. “I wish we had more brave voices sooner, but I’ll take what I can get.”

“Look at this building,” said Roy, switching gears as she gazed up at the towering room’s ornately decorated wood-beam ceiling. “Sometimes when you come to an event you small talk and you don’t stop to appreciate the surroundings. Now that I live in California, when I’m in a building like this I absolutely drink it in.”

La Ligne cofounder Meredith Melling admitted to loving “any excuse to put on a frock and get uptown,” even after a rigorous schedule of fashion week obligations. “You get rejuvenated with something like this because it’s different from what the past week has been about.”

Snaking through a tightly packed cocktail hour, socialite Gillian Minter greeted friends and noted how the black tie dinner was a reunion of sorts for many of the social circuit’s regular faces. “It’s a fun event because it’s the first [of the social season]. It’s like back to school. It has a wonderful energy because they’re doing good work and it’s a great crowd.”

Minter, a fixture on the fund-raising scene, will end the busy string of events this year as chairperson of the Central Park Conservancy’s inaugural Belvedere Ball in December.

Overall, the crowd raised more than $1 million with a spirited paddle raise led by Christie’s Lydia Fenet, who has been closely involved with New Yorkers For Children for over a decade. “A lot of auctioneers don’t like the paddle raise — it’s a straight cash donation. I think it’s the most exciting [type of auction] because every single person in the room can bid, which isn’t the case with a live auction that often excludes [most] of the room.”