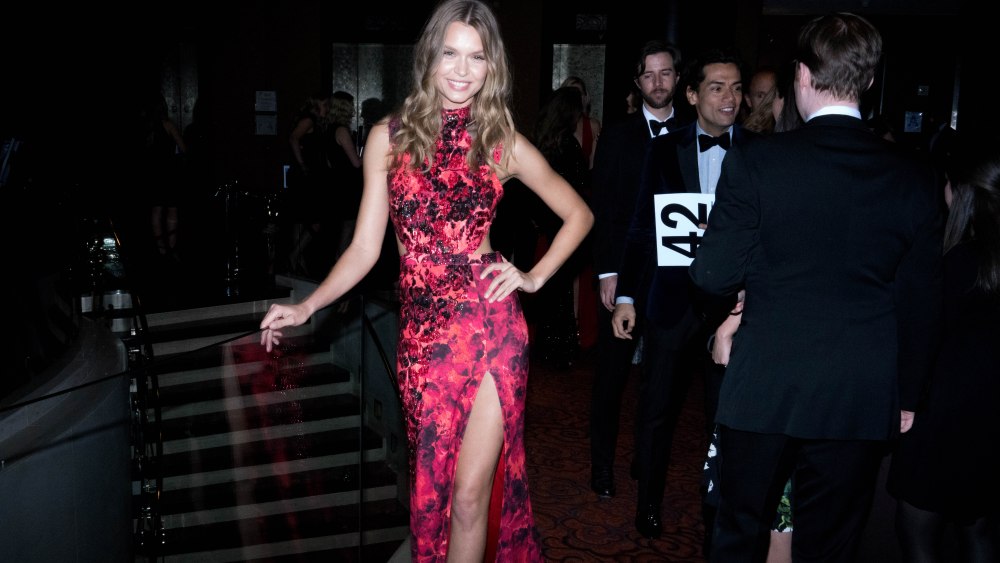 Nothing signals the early throes of spring gala season quite like the annual Fool’s Fête, hosted by New Yorkers for Children at the Mandarin Oriental, which took place on Thursday night. Benefiting youth in foster care, the event drew the usual mix of uptown socials and Victoria’s Secret models — among them Josephine Skriver, Valentina Zelyaeva, Mirte Maas, Vita Sidorkina, Madison Headrick, Selita Ebanks, Ebonee Davis, Jennifer Creel, Zani Gugelmann, Gillian Miniter and Mary Alice Stephenson — most of whom could be found peacocking in glitzy gowns and taking selfies as the party got under way in the hotel’s 36th-floor ballroom. “You know how it is with these things,” mused one guest while applying lipstick in the ladies’ room. “If you miss the press, why did you even go?”

Aside from all the posing, posturing and preening, the annual celebration, sponsored this season by Chloé, also took on a dimmer tone. New Yorkers for Children’s founder and former FDNY commissioner Nicholas Scoppetta — once a foster child himself — died last month at age 83. During dinner, speakers gave a teary tribute to the late founder, a lifelong devotee to child welfare. “If you ever encountered him, you know what a light, shining face and warm heart he had. There will be a few tears in the room at the end of the night,” said event chair Alina Cho, who was wearing a pink ruffled Gucci dress. “I thought tonight would be the night to bring out this dress. I actually might wear it again next week; I love it that much,” she said.

Elsewhere, Olivia Chantecaille wore a beaded Valentino dress chosen by her two-and-a-half-year-old daughter, Delphina. “I know that people always say their child picked out their outfit, and sometimes it’s a horrible miss, so I hope that tonight is not a horrible miss,” she said. “[Delphina] also knows how to put makeup on — she knows exactly what goes where. She’s probably the only two-year-old that knows what an eyebrow brush is. She’s way ahead of her time, and she’s smarter than us. We’re in trouble.”

The evening, which raised nearly $500,000 for the charity, featured a brief live auction led by Christie’s auctioneer Lydia Fenet, as well as a silent auction, which included clutches from Alexander McQueen and Christian Louboutin; Dior Prestige beauty products; an Oscar de la Renta cheese board; and a night of shopping at Stuart Weitzman, among other goodies.

At table four, Crystal Renn was waxing on astrology, which she studied intensely for about five years in a failed effort to debunk it. The model — a Gemini — occasionally practices her psychic abilities on friends and strangers. She paused to listen to a couple of moving speeches by former foster children who’ve benefited from the organization’s support. “That could’ve easily been me up there. I was never in foster care, but I was raised by a single grandmother, and that’s why I love coming to this event,” Renn said.

Across the table, Ebanks said she was focusing on her acting career. Did she ever miss modeling? “I feel like I model every day. I’m a walking mannequin,” she said. “I do sometimes miss it, but I enjoy helping other people find their light. Recently I’ve been getting yelled at that I’m not Instagramming enough.”