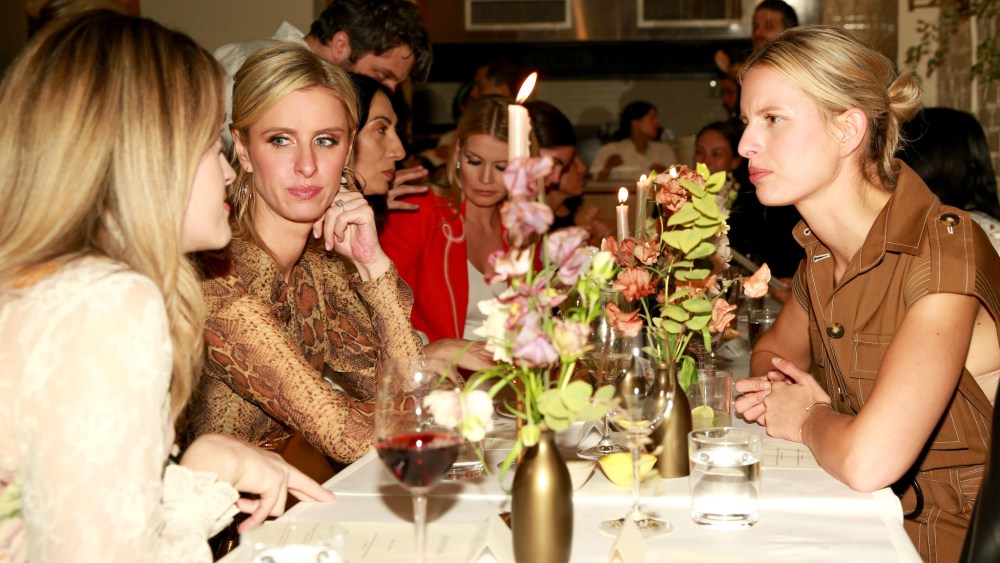 Zimmermann has made a habit of eschewing the usual after party for their New York Fashion Week show and instead kicking the week off with a casual dinner to gather friends of the brand. Tuesday night stayed true to form, as Nicky Zimmermann invited guests like Nicky Hilton Rothschild, Lady Kitty Spencer, Athena Calderone, Karolina Kurkova, Hilary Rhoda and more to the restaurant King in SoHo.

Ever the Aussie, Zimmermann was laid back in the lead-up to her show, which will take place Monday.

“We don’t work in a chaotic way,” she said. “It starts very calm and it picks up and you never know what is going to happen, but I’m not really a chaotic person. I’m quite an organized Virgo. Hopefully it remains that way, but you never know. Literally, anything can happen.”

Of her decision to throw an early party, she said it sets a nice tone for the busy week ahead.

“Obviously it’s a very congested time for people and it’s a nice way to start and kick things off,” she said. “For us it’s very relaxed. We don’t have a product or anything to sell, we just want to say ‘hi and thanks for the support.’”

Bella Hadid Starts Her Fashion Week Out With Michael Kors

Brandon Thomas Lee Is Ready for His Close-up