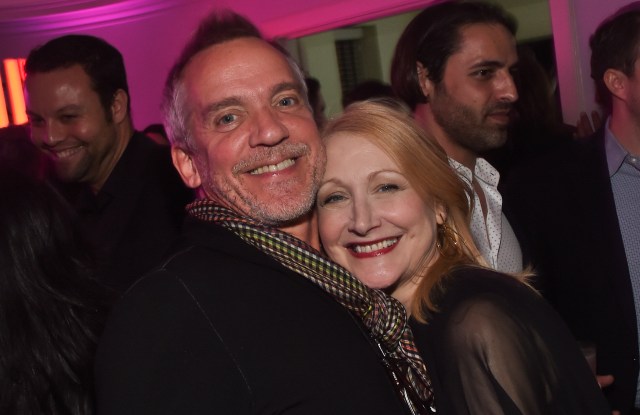 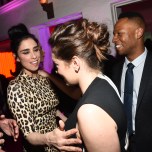 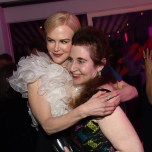 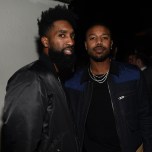 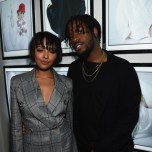 LOS ANGELES – “This is my favorite party of the Golden Globes weekend,” said Tracee Ellis Ross after officially entering the scene at W Magazine’s annual Best Performances fete. “I don’t know if I’m allowed to say that, but it is. It’s intimate, chic, and Stefano [Tonchi] and Lynn [Hirschberg] are fantastic. I always love the walk in and seeing all of those beautiful images.”

And by finishing off her sequined Carolina Herrera look with Jordan Jumpmans, it was clear the actress was well prepared for the wade that greeted everyone in exchange for the last bit of luxury as far as their gaits were concerned.

Just as the walls to the entrance of Chateau Marmont’s penthouse were packed with selects from the magazine’s award season portfolio, the room was also overflowing with almost every celebrity imaginable.

“You know it is, you can barely move,” joked Lakeith Stanfield in response to Hirschberg’s enquiry of whether or not it was a good party.

Kidman, who holds one of the seven designated magazine covers noted, “Every single one of these is amazing. It’s just a lovely honor to be included.” She then inched away to congratulate Joanna Kulig.

“There’s a baby in there,” Kidman cooed. “You need a lot of sleep when you’re pregnant.”

Nearby, and with three nominations this year, the game plan of preparation was similar for Amy Adams.

Having already secured her look over the holiday, the “Sharp Objects” star noted, “I’m just trying to get a lot of sleep and relaxation.”

When it comes to day-of celebrations, Adams noted she’d be in the rooting mood.

“Regina King is always amazing,” she said. “And Rachel Weisz is someone I admire because she’s moving into producing as well. I always like when people are creating work for themselves and others. I think that’s very inspiring.”

Later on in the evening, Fiona Xie arrived and wasn’t shy about her top-pick for the big day.

“That is so hard because there are so many good projects out there,” she said. “But I have to be biased and say I hope ‘Crazy Rich Asians’ scores the Best Comedy. I’m rooting for the home team.”

On the film’s two nods from the HFPA, Xie said, “You know what? It’s just the cherry on top. It’s just an icing on the cake. It was really just gaining a new family. We can’t wait for the sequel. That will be interesting.”

And while the overt political overtone from last year’s awards season has softened, the night proved it still lingers in the air.

When asked what she expects from this year’s ceremony, presenter Amandla Stenberg noted, “A lot of strong women.”