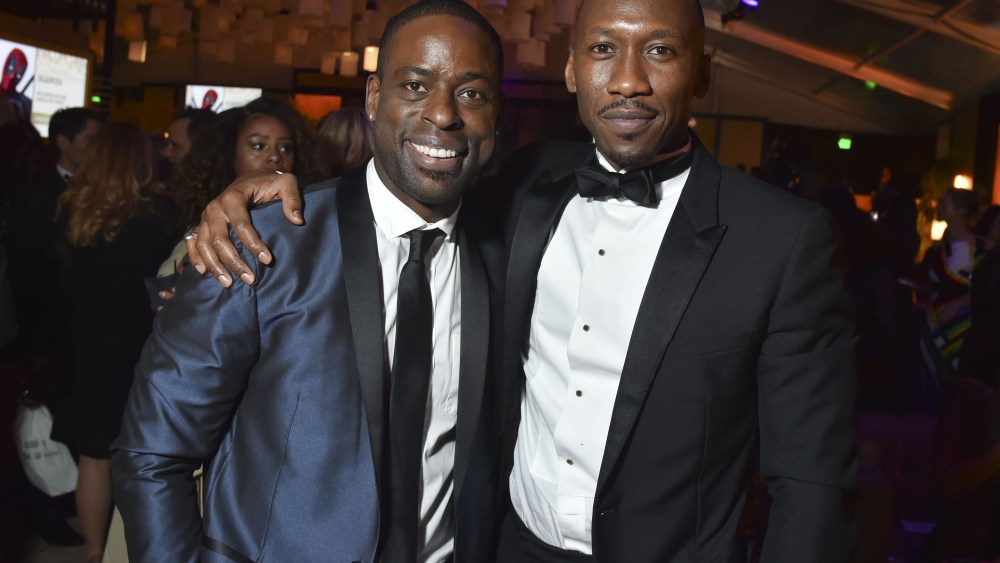 Nicole Kidman and Reese Witherspoon were attached at the hip as they made an early appearance at HBO’s Golden Globes 2017 after party, held at The Beverly Hilton Hotel’s Circa 55 Restaurant. The Oscar winners attended in support of their upcoming HBO project “Big Little Lies.” (Here’s hoping it’s a hit; the popular network failed to win any trophies on Sunday.) However, moments after posing for photos together, and with Sarah Jessica Parker, the women made a beeline for the party’s private exit, with each actress escorted up the long stairway by their significant others, Keith Urban and Jim Toth, respectively.

“I’m going back to Nashville,” Kidman cooed, on the arm of her husband.

“The Leftovers” star Justin Theroux had an equally low-key night in mind. When asked about his wife Jennifer Aniston’s whereabouts, he said, “She’s at home in her pajamas. I can’t wait to get back to her.”

How did Stallone feel seeing his daughters up on stage? “I’m bursting, man! The greatest award of all is good children,” he said.

His youngest daughter Scarlet Rose, who’s already learning the ropes, ribbed her dad, “What are you doing? You don’t have to talk to everyone.” Stallone then took her advice. “Somebody rescue my brother,” he sighed, realizing part of his family was still stuck on the red carpet.

Later in the night, Viola Davis and Isabelle Huppert each arrived tightly clutching their awards. Meanwhile, “The Night Of” actress Amara Karan was ready to let loose after a fashion disaster during the ceremony. “I had a mega wardrobe malfunction,” she said, clad in MNM Couture. “I was sitting at the table and the back of my dress split. The lovely gentleman sitting next to me gave me his jacket and I went to the bathroom so that my Spanx weren’t hanging out. A hairstylist in the ladies restroom stitched me back into my dress — and he’s a hairstylist. He was my knight in shining armor.” Luckily, Karan had packed a second option for after parties. “So I can dance.”

“The last awards show I was at was the Tony’s,” said “Hamilton” actress Reneé Elise Goldsberry. “It’s fun to be here with no pressure at all. This time, I had a drink in my hand, all the joy of it and no responsibility.” Next year could be a different story, since Goldsberry stars alongside Oprah Winfrey in the HBO movie “The Immortal Life of Henrietta Lack.”

Others mingling inside the silver and spiral-themed soiree included Eddie Redmayne, who chatted with Gwendoline Christie; Joe Jonas, who kissed new girlfriend Sophie Turner in a private corner, and Issa Rae, who changed out of her gown and into a monochromatic jumpsuit to catch up with her “Insecure” cast mates. “It’s fun to see movie and TV worlds intermingling,” concluded “Westworld” producer J.J. Abrams.