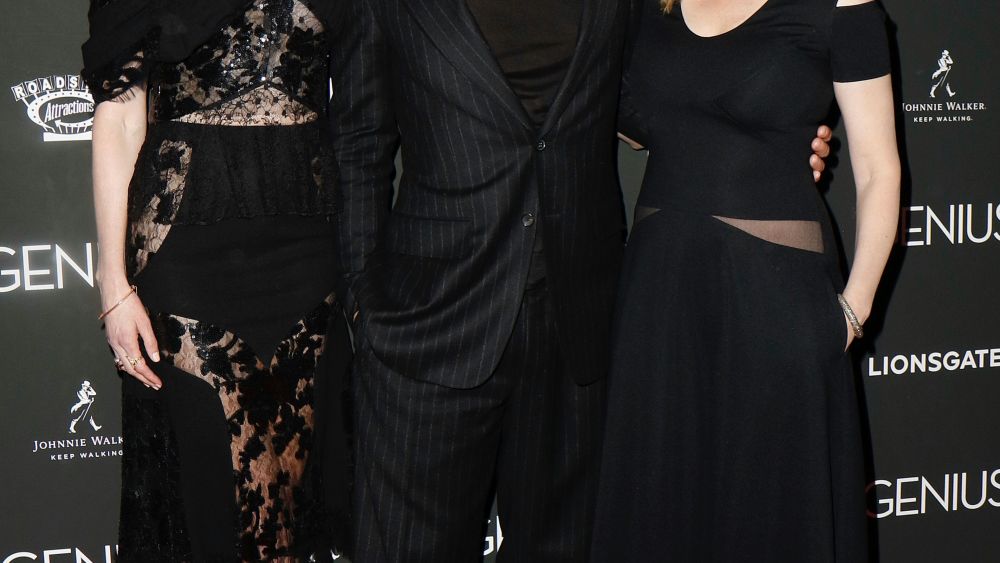 “Genius” was a long time in the making. The biopic, which stars Colin Firth and Jude Law, is based on A. Scott Berg’s 1978 biography about editor Maxwell Perkins, who shaped the work of F. Scott Fitzgerald, Ernest Hemingway and Thomas Wolfe.

Prolific screenwriter John Logan originally read Berg’s biography in the mid-80s. “I was a wee lad,” Logan noted before the New York premiere of the film at the MoMA on Sunday night. “Fifteen years ago, I arranged to meet Scott, and we became friends. I convinced him to let me buy the rights to his book, and I’ve been carefully nurturing it along until this night.”

Logan and Berg were joined on Sunday by the film’s director, Michael Grandage, and actors Law, Laura Linney, and Nicole Kidman — who walked hand in hand with husband Keith Urban.

“Genius” focuses on Perkins’ working relationship with Wolfe, who penned “Look Homeward, Angel” and “Of Time and the River.” Law took on the large task of portraying the novelist, known for his massive word counts and equally large personality. “He’s also a very tall man,” Law added of Wolfe. “I thought I was going to walk around in heels, platforms. John Logan had put in such an extraordinary script that seemed to capture the volume of him — personality and in stature — that we really just used that as a signifier of his scale,” he continued. “At times I was just worried I was going too far, because [Wolfe] was famously raucous, loud, drunk, lecherous. Michael [Grandage] was very clear that he had to be, in order for the piece, for the journey, for the response of others to ring true.”

While Grandage has made a name for himself in the theater world, where he’s directed Law, Linney and Kidman, “Genius” marks his first movie credit. “I found a parallel between the job I do and the job that Max Perkins does,” Grandage explained of taking on the script. “I thought, ‘Wow, nobody knows what directors do. How wonderful that we can tell a story about an editor and put it on screen.’ “