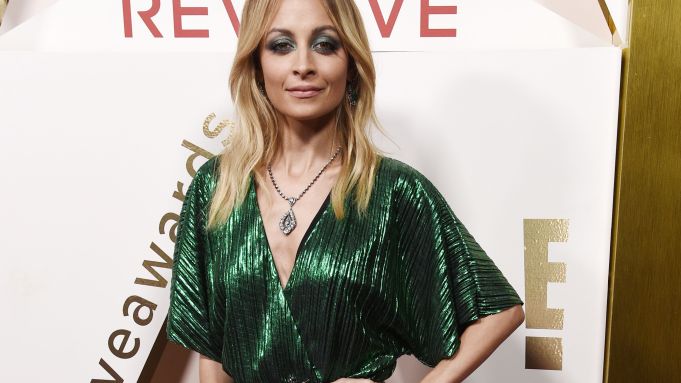 That’s where e-tailer Revolve held its inaugural #Revolveawards, where a steady stream of selfies and Instagram Stories rounded out an evening largely reflective of the clout Revolve founders and co-chief executive officers Mike Karanikolas and Michael Mente have built over time with their fashion company.

“The story of Revolve is the same as the women in the audience,” Karanikolas told those in the crowd at the Dream hotel in Hollywood in addition to those watching the awards show via a Facebook live stream.

Mente said he fielded plenty of questions about why the company was holding an awards program, to which he said, “I thought that should be pretty freaking obvious,” going on to note the significance of influencer partnerships in Revolve’s steady climb.

The e-commerce company has served as the platform and in some cases the backing to help bloggers or celebrities launch physical product, while influencers give Revolve access to their thousands or millions of followers. Revolve alone has racked 1.9 million followers of its Instagram feed.

The evening served as further proof of the shifting landscape by which anyone with a sizable following can exert influence and have their voice heard.

“You guys are really like the most important part of the fashion industry,” said Chrissy Teigen when she took the podium to accept her award

Teigen, who just last month launched a collection with Revolve, was among nine award winners at the show and took home the title of woman of the year.

Negin Mirsalehi, who was voted influencer of the year, echoed a similar sentiment when she said in her acceptance speech that “[Revolve] are the first ones [to] understand influencers.”

Other winners included Elizabeth Sulcer, stylist of the year; Jen Im, best beauty influencer; A$AP Ferg and Agolde honored for best brand collaboration; For Love & Lemons, brand of the year; Rae Sremmurd for artist of the year; Shay Mitchell, muse of the year, and Nicole Richie, icon of the year.

The #Revolveawards, as with most of the company’s endeavors, wasn’t just a single activity. The show was built up on social media with Instagram posts introducing award nominees. That led into pre-festivities Wednesday with a nominees brunch at Catch L.A. followed by dinner at Beauty & Essex. An after party, of course, followed the actual awards ceremony.

At Planet Blue, Malibu Vibes Infused on the Selling Floor