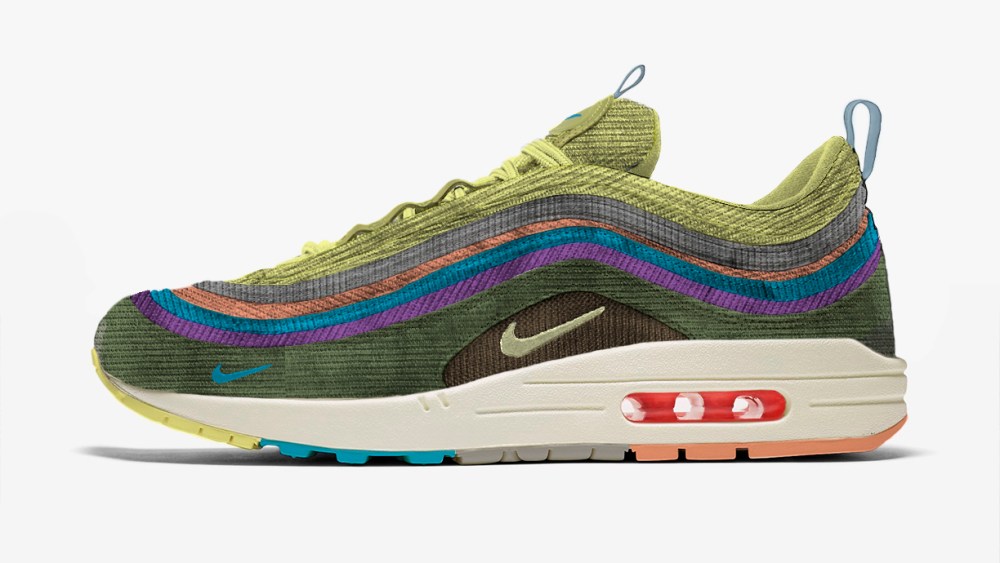 Nike is celebrating Air Max Month in a new way. The brand tapped 12 streetwear innovators to re-create its iconic Air Max shoe — and this time next year, you’ll be able to buy the winning design.

The designers, dubbed RevolutionAirs, are based all over the world, but three in particular — Sean Wotherspoon, Kyle Ng and Venus X — hail from the U.S. The trio debuted their Air Max designs at Nike’s New York Sneakeasy pop-up shop on Thursday.

Wotherspoon, co-owner of Los Angeles-based vintage store Round Two, reimagined the Air Max with his love of vintage Nike hats in mind. His design features a bold color scheme and a raw edge made of corduroy and velour so it can fray the more you wear it.

Kyle Ng of Brain Dead delivered his take on the Air Max 1 Ultra Flyknit. His design channels a more DIY vibe via a neutral palette featuring white, hand-painted dots on the upper.

DJ Venus X, who owns a shop called Planet X and is the brain behind GHE20G0TH1K, had a more socially conscious message in mind throughout the design process. Inspired by DEFCON and motocross apparel, her sneaker features a red and yellow gradient that symbolizes the political state of the country — and world.

“My shoe is indicative of where we are now or where we have been since 9/11, which is in the yellow zone, which is halfway in the middle of no danger and extreme nuclear war,” Venus X explained. She thinks streetwear brands should be more outrightly political in their designs because “there’s more room for misinterpretation when you’re not subtle.”

Nike also tapped Alexandra Hackett in London, Artemy Lebedev in Moscow, Bünyamin Aydin in Istanbul, Clement Balvoine in Amsterdam, Fabikr in Seoul, Lourdes Villagómez in Mexico City, Naotaka Konno in Tokyo, Shangguan Zhe in Shanghai and Tianzhuo Chen in Beijing for its RevolutionAir contest. Fans are able to vote for their favorite design on Nike’s web site starting March 18. The winner will be announced on March 26, aka Air Max Day.