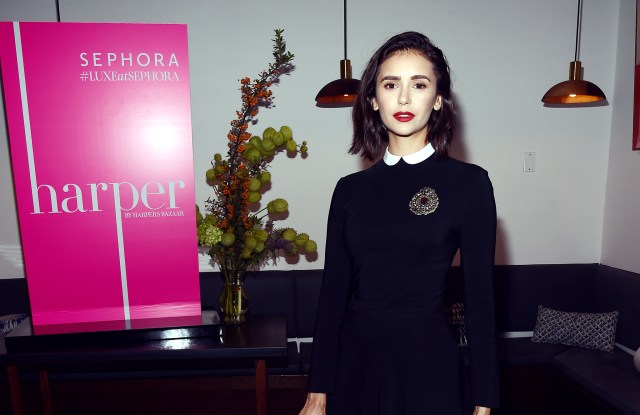 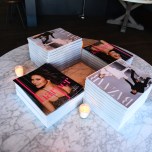 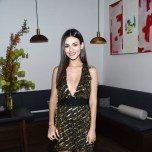 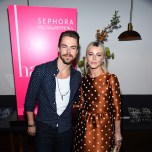 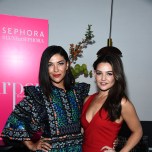 The paparazzi stood dutifully outside Peruvian bistro Rosaline in West Hollywood, Calif., glancing up every now and then at passersby until a black SUV pulled up transporting Nina Dobrev. Tuesday night was cause for celebration as Harper by Harper’s Bazaar and Sephora toasted Dobrev, the magazine’s September cover girl. “The Vampire Diaries” star chatted about guest editing for Harper and the upcoming projects she’s got in the works that she can’t really talk about.

On her guest-editing gig for Harper: “What was great about it was that I got to try a lot of things before they come out because the magazines often get a lot of products before they come out and you test them and that’s how they choose whether or not they want to feature something based on how they respond to it. So I got to be the tester bunny and, as you know, none of the products were tested on animals. They were tested on me so they’re cruelty free, kind of. But it was fun. I got to try things before everybody else tried them and I got to keep a lot of stuff and wear pieces from collections that haven’t come out yet. I got to be in the know before everyone else was and that made me feel like a cool girl for at least five minutes.”

On what surprised her the most during her guest-editing stint: “It was a lot of work. A lot of questions and a lot of interviews and going to a lot of different things. But as much as it was work, it didn’t feel like work because it was fun.”

On her last big fashion splurge: “I bought a pair of Chloé boots that I wear all the time and they were pretty expensive, but I wear them almost every day so they’re worth it to me.”

On the wardrobe staple that gets her the most compliments: “I have an Armani leather jacket that I wear a lot and I have my Valentino pumps that all my girlfriends try to steal from me.”

On future projects: “‘Flatliners’ is coming out very, very soon. I’m really excited about that to come out. And then I’ve recently started producing my own stuff. Can’t talk about it quite yet because it hasn’t been announced, but we have a few things coming up soon.”