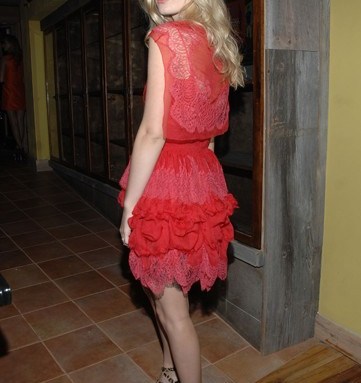 Vogue parties attract a certain kind of crowd, and rarely does that include fire fighters. But on Tuesday night, the NYFD stormed restaurant Ciano, where Vogue was toasting (no pun intended) young London designers, to extinguish the fire in the fireplace. “They are just fashion students who pretended to be firefighters to get into the party,” joked London jeweler Dominic Jones.

Jagger turned the focus on her new gig. “I just started designing jeans for Hudson, which will be coming out in March,” said Jagger, who also models for the denim brand. “They gave me much flexibility, so I just made my dream clothes.”