NYFW After Parties in the Cold

By Taylor Harris and Erik Maza and Ally Betker on February 16, 2015
View Slideshow 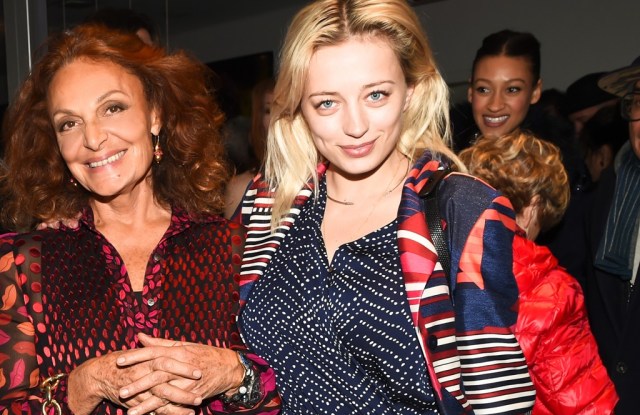 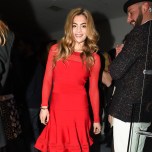 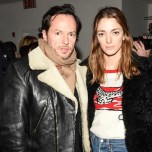 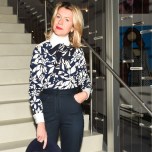 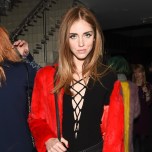 Sunday was supposed to be a marathon night of party hopping. Even when the forecast called for three-degree temperatures in New York City, the prevailing mood earlier in the day was, “So what? There’s no crying in baseball.” Fashion Week was in full swing on day four and Public School, Diane von Furstenberg, Edun and Opening Ceremony all planned post-show bashes.

The bigger choice to be made was between attending parties or the NBA All-Star Game at Madison Square Garden. The decision for James Murphy was clear.

“You can’t TiVo a party,” he said, sitting front row at Public School that afternoon, when it was, well, almost pleasant outside.

Then the temperatures dropped and then dropped some more, casting a freeze over the party circuit. Save for a few exceptions — there was Bethann Hardison and Fran Lebowitz yukking it up at Diane von Furstenberg’s annual post-show dinner and then Michael Stipe and Patti Smith in a mind meld at Edun — it seemed only the whippersnappers bothered to make the rounds in the cold. Even Kesha, who sat front row at von Furstenberg, stayed home. The designer’s studio in the Meatpacking District was instead brimming with the very young, very ambitious competitors in her reality show, “House of DVF,” which started filming its second season this past week, and the likes of Chelsea Leyland, Caroline Vreeland and Sofia Sanchez Barrenechea.

“We have a history with the weather here at Edun,” said Ali Hewson. “We’ve had the worst heat waves, we’ve now had, I think, two world-record freezing days and we’ve even had a mini tornado land quite close to us.” And still, the show goes on and so did the dinner she was hosting for her label at Renwick Gallery, where she was joined by Alexa Chung, Helena Christensen, Hanneli Mustaparta and Michael Avedon.

Over at the Gilded Lily on the West Side, a defeated and injured Carmelo Anthony hobbled in around midnight with a brave game face for a party he was throwing with Dom Pérignon. He was still nursing a season-threatening injured knee and had just lost in his own arena to the young guns in the Western conference like Russell Westbrook and Kevin Durant, 163 to 158. “It was fun. There are no hard feelings,” he said, occasionally rubbing his knee. Shanina Shaik, Hannah Bronfman, Grace Mahary, Jasmine Tookes, the singer Maya Vik, Carly Cushnie and Michelle Ochs and other pretty young things — plus Avedon again — were among those who shrugged off the weather. Anthony was just relieved a long week that included a string of promotional events was finally over.

“All-Star Weekend is always during fashion week but in a different city, so for us to capitalize on fashion week being here in New York, it will never happen like this again,” he said.

Down in the Lower East Side, Jake Gyllenhaal was waiting for his car. “God damn, it’s cold,” he shivered. His date, a leggy brunette, chattered her teeth. They were outside — inexplicably, as the lobby was a perfectly fine place to wait — Happy Endings, the site of the Opening Ceremony after party. “F–k, f–k,” he said, trading up expletives after a gust of biting wind. He was the first to bow out of the romp. Inside, in a roped-off booth, Humberto Leon and Spike Jonze curled up to Santigold. “Nine years ago, at a Christmas party with Jason Schwartzman,” Leon recalled of first meeting Jonze. “He was wearing one of our jackets and I was like, ‘Hey! That’s Opening Ceremony!’”

At the Diamond Horseshoe in Midtown, Prabal Gurung, fresh off his show earlier in the night, walked in a little after the Public School designers Maxwell Osborne and Dao-Yi Chow. Showing on the same day for the first time, they decided to combine forces for a joint event that drew all the party girls — Bronfman, Mahary, Cleo Wade and Mia Moretti. The singer Zoe Silverman, a 25-year-old who performed a few songs as part of the duo ASTR, had just come from the Opening Ceremony party. Why would she ever go out in this arctic weather?

“Anything for fa-shion,” she said.