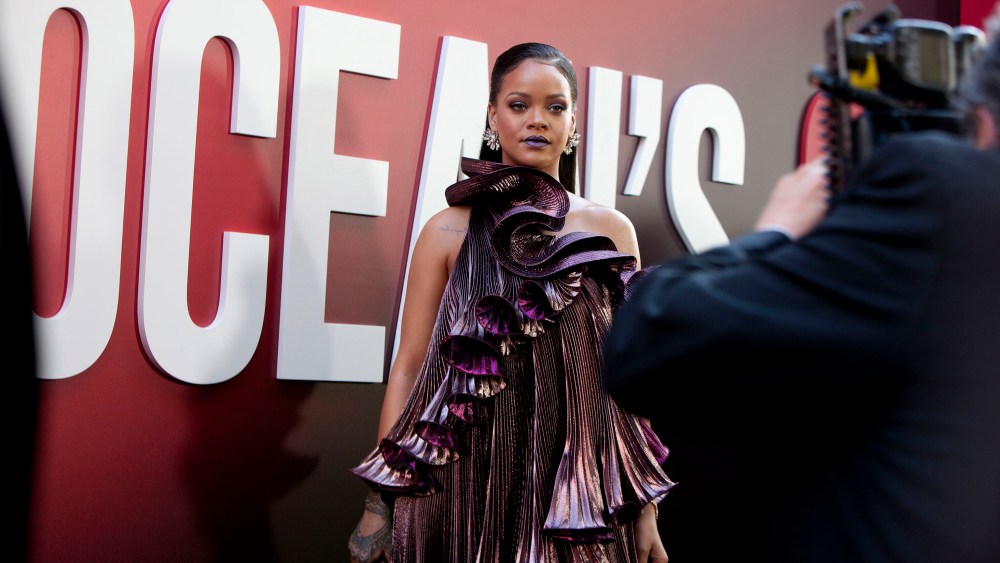 Location: The sidewalk outside of Alice Tully Hall at Lincoln Center. Specifically, four spots from the end of the block-long black carpet.

5:50 p.m.: As usual for large premieres like this, it’s impossible to get past the fans, looming security men and metal barricades to get into position on the red carpet. I have tried to enter from every angle.

5:51: My spot is in sight, but I’m being escorted away to the front of the carpet so that a publicist can escort me back. A pit of fans and uncredentialed photogs thirsty for a pic, autograph or mere sighting of a celebrity is poised and waiting.  “Oh my gosh, who is this?!” one of them screams out as a black SUV pulls up to start of carpet.

6:05: The black carpet’s decor, situated under a tent, includes modern brass pendant lighting — only hanging for the first half of the carpet — and black velvet ropes set up in front of metal barricades. Fans blow overhead — a thoughtful touch.

6:10: A man in black short shorts and shirtless, except for a fur shawl worn toga-style, walks the carpet for the second time.

6:11: The sound of distant screaming at the front of the carpet. “Someone big’s here,” one far-away reporter deduces.

6:12: Sofía Sanchez de Betak stops and poses at the end of the carpet as husband, Alexandre, gets the phone pic. A film crew calls out to her in Spanish and she heads over for the interview.

6:16: Louder screaming. Someone really big must have arrived.

6:17: Indistinguishable chanting. Who is it?

6:18: I phone a friend, a photographer situated at the entrance to the carpet. “There are 47 people in front of me at all times,” she writes back. “I don’t know what they are chanting.”

6:22: Helena Bonham Carter is here — here being the sidewalk behind the carpet.

6:25: “Baracci, dah-ling. I keep saying Bacardi, and I’m like, no,” offers actress Charlotte Kirk about the designer of her heavily bedazzled red gown. “It’s actually pretty comfortable.” She’s seeing the film for the first time tonight. “I’m more nervous about the red carpet, to be honest,” she says.

6:31: Another round of screams from the cluster of onlookers. To them, everyone who arrives is big.

6:33: Some more news delivered via a publicity attendant: Sarah Paulson is wearing a highlighter yellow dress with plastic strips — it’s Prada; Sandra Bullock is wearing a dress “with fuzzies” — Elie Saab. In other news: they’re the first of the main eight cast to arrive.

6:45: Prabal Gurung, wearing a powder blue suit and dark sunglasses, offers a dispatch about the other end of the carpet: “They’re coming, everyone looks amazing. It’s insane how beautiful they all look,” he says. “They each individually are my favorite actors, so just all of them coming together — it’s going to be an explosion.”

6:52: James Corden chats with Anna Wintour in the middle of carpet. “Why can’t they talk inside?” one reporter wonders out loud. “It’s OK, I was thinking it, too,” offers her carpetmate.

6:55: “James, let me get a shot with you.” The man asking is standing on the carpet, so he must be a producer or friend-of. He proceeds to tell Corden about seeing another James — James Taylor — live. Classic!

6:56: Can’t stop, won’t stop Alexander Wang from making his way into the theater. He’s wearing a black hoodie and pants; isn’t he hot?

7:05: No Rihanna, but yes to Gigi Hadid, who quickly breezes by the media lineup.

7:06: “One second, one second!” is Awkwafina’s response when a reporter calls out to grab her. Spoiler alert: It was zero seconds, because she wasn’t gonna stop and talk. Standing with her p.r. team, she waves her arms overhead, getting some air circulation into her breezy white caped dress.

7:10: Adriana Lima asks Bullock for a pic on the carpet, which they make sure to take in front of the “Ocean’s 8” signage.

7:11: “We’re coming back” is Bullock’s response to media requests on the end of the carpet. A likely story.

7:15: “We’re big nerds, so we were really into research. We spent a lot of time trying to learn as much as we could about the Met Gala,” says screenwriter Olivia Milch, who cowrote the film with director Gary Ross. “Gary went to the Met Gala — for research purposes. I didn’t get to go, but we did get to shoot at the Met; it was like ‘Night at the Museum’ in real life.” So she sort of did get to go to the Met Gala, after all. “I went to it — we just threw it ourselves, and there was craft services,” she agrees.

7:19: Cate Blanchett enthusiastically interrupts Milch mid-interview. “The sparkle! I love it!” said Milch of Blanchett’s look, as they hug each other.

7:23: Bullock’s back on the carpet, with Blanchett! They walk back hand-in-hand. Bullock’s not happy that Rihanna’s late: They haven’t gotten a pic of all eight girls anywhere in the world, and they were hoping New York would be the photo opp. The screening was supposed to start at 7, but RiRi’s still nowhere to be seen. “Now you know why Sandra’s pissed,” offers one photographer.

7:27: Another huge cheer. Is it Rihanna?! It must be. “I think they’re chanting Rihanna,” says one reporter, straining to make out the sound. Word on the street is that she’s wearing a plum-colored dress — Givenchy.

7:33: The entire cast, sans Rihanna, walks down the carpet to head into the theater two-by-two. It’s the ultimate girl gang.

7:34: Bullock offers two words about the film at the end of the carpet: “fiercely female.”

7:37: Rihanna struts down the carpet. Finally. “You look beautiful!” her fans call out. “Thanks,” she says, offering a wave. “Rihanna, we got no interviews down here!” the end-of-the-line crew calls out. “That really sucks,” she says, pausing. “You have one question, make the question good.”

7:37: What was it like working with the cast? “They were so professional,” she says. And with a final wave, the carpet is done.