Off the Cuff at ‘One Man, Two Guvnors’

The National Theatre company brought the ad-lib-heavy show to Broadway for a preview performance on Tuesday, followed by a private dinner at The Lambs Club. 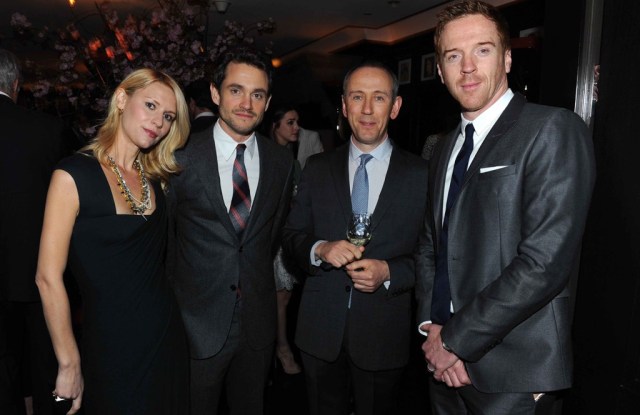 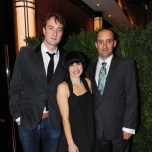 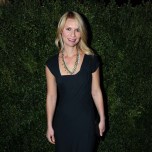 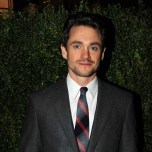 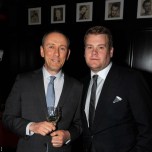 There is a type of laughter unique to audience members of vicious comedy acts or theatrical experiences involving involuntary audience participation. It is recognizable for its mixture of relief and riotous delight as one of its own is put literally on the spot. Such laughter rung out at Broadway’s Music Box Theatre on Tuesday night at a preview performance of London’s National Theatre company’s production of “One Man, Two Guvnors.”

“I’m just thankful not to be in the front row,” Claire Danes said, safely ensconced in the middle of the orchestra seating and giggling as one not-so-lucky audience member was doused with water and then covered in foam from a fire extinguisher. She later walked into a door while being led offstage.

Following the performance, Corden and three of his co-stars — Tom Edden, Jemima Rooper and Oliver Chris — joined their director Nicholas Hytner for a dinner at The Lambs Club, co-hosted by Anna Wintour.

“Anna Wintour is my best friend,” Corden said as guests such as Frédéric Fekkai, Topher Grace, Damian Lewis, Ricky Martin, and Danes and her husband, Hugh Dancy, sat for dinner. “She is, actually. And when I arrived, she said, ‘Here’s how it’s going to go. I’m going to say something, Nicholas [Hytner] is going to ask for money for the theater, and then you’re going to be funny. Because, you know, I haven’t done enough of that for the past three hours….”

Ricky Martin, who is currently starring in “Evita” on Broadway, praised the play.

“They’re amazing,” Martin said of the cast. “It’s so impressive. It’s so hard to be funny like that, off the cuff. And physical comedy, like that…it’s something else.”

“I’d like to thank you all for being here,” Corden said, “but I’d especially like to thank Ricky Martin’s mustache. It’s the best I’ve ever seen in New York. Come on! The time and effort spent grooming that thing. Let’s hear it for his mustache!”