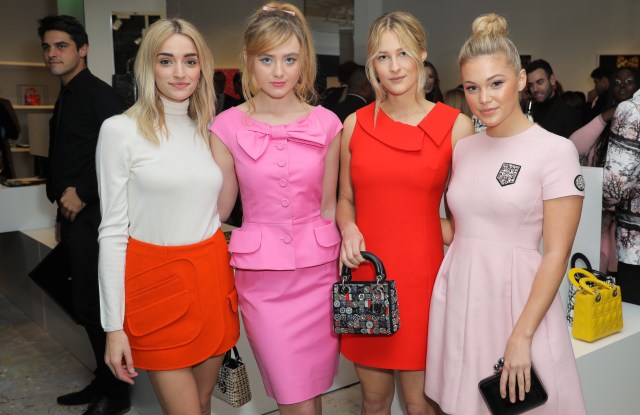 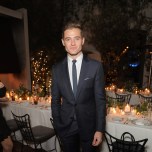 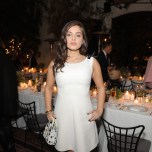 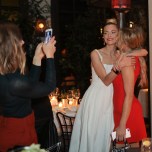 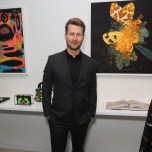 LOS ANGELES — Dior embraced tradition and modernity with its Dior Lady Art collaboration, and the same could be said for the opening night festivities at its pop-up shop on Rodeo Drive. On Tuesday night, a crowd of Generation Z actresses including Olivia Holt, Britt Robertson and Zoey Deutch packed into the gallery-like space to ogle the limited-edition Lady bags that had been reinterpreted by contemporary artists.

Neither was hard to spot — the starlets donned bright red, pink and white frocks and the colorfully painted accessories were propped up on pedestals, shelves or an army of bar jacket-wearing mannequins. There was even an artful splattering of paint on the concrete floor, along with a gold Walk of Fame-style star. The house chose Los Angeles for its first pop-up effort, both for its art-loving client base and its visibility via said actresses.

“I decided it wasn’t a bad thing to stand out,” said Gillian Jacobs of her flame red dress, which she paired with violet eye shadow and a silver bag. “And I love the pink suit that she’s wearing,” Jacobs said, nodding in the direction of Kathryn Newton, who soon came over and explained that the suit was actually from a collection 10 years before. “I guess they had been saving it,” she said. “I was thinking it would make a great Halloween costume — I could go as Elle Woods from ‘Legally Blonde.’ I think Reese Witherspoon would approve.”

It seemed even among the very young crowd, everyone went way back. Also reuniting were Deutch and Glen Powell, who co-starred in “Everybody Wants Some” earlier this year. “Nobody told me you were coming,” Powell said as he embraced her.

Dior’s North American president Renaud de Lesquen looked pleased with the turnout, but he also had business matters on his mind. “The store is supposed to remain open through February, but we may run out of product before then because the response has been so strong. Still, we’d consider doing another project like this next year,” he said.

After the cocktail party, many reconvened a few blocks away at Spago for a candle-lit dinner of caviar and filet mignon. A few more recognizable faces joined the mix, including Robbie Rogers and his design partner Warren Alfie Baker, Shameik Moore and Halston Sage. Robertson slipped by almost unnoticed because she had cut her long blonde hair and dyed it brown. “I get a lot of people reintroducing themselves to me because they don’t recognize me,” she said.

Situated at the corner of Wilshire Boulevard, one block south of Dior’s permanent Rodeo Drive store and in the same building that once housed Bulgari’s flagship and Louis Vuitton’s temporary digs, the first-floor space makes good use of the building’s massive limestone facade and four-story glass tower as branding billboards.

Only 700 bags will be sold among six locations worldwide. In addition to the pop-up, which is the sole North American retail outlet, the collection is available in Dior’s London and Paris boutiques, and will launch in Dubai on Thursday, followed by China and Korea on Dec. 10.