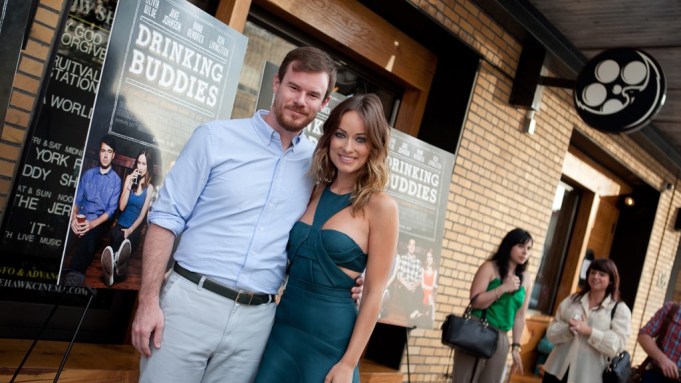 Like many other men his age, the 31-year-old indie director and sometime actor Joe Swanberg has a taste for craft beer. In fact, on Monday night, at Nitehawk Cinema in the Williamsburg section of Brooklyn, he worked the press line with a can of Revolution Brewing’s Oktoberfest in hand. The theater was screening his latest, a well-reviewed workplace dramedy named “Drinking Buddies,” which was filmed partly at the Chicago beer maker from whence Swanberg’s brew had come.

“I actually didn’t drink growing up,” Swanberg explained when asked to recall that semimythical moment in a young man’s life that is his first beer. “I was 25, I was on my honeymoon. I was in Paris. Jeff Nichols, who directed ‘Mud’ amongst other movies, had a film showing Paris at the time and invited my wife and I to this party and I was like, ‘You know what? Now seems like a perfect time to have my first beer.’ And Heineken was the only option at said party.”

“I skipped the heavy drinking,” he went on. “I went straight to the good stuff. Heineken aside, I very quickly got into good craft beer.”

Olivia Wilde, who costars in the movie with Jake Johnson, Anna Kendrick and Ron Livingston, walked the ad hoc red carpet in a sapphire J.Mendel dress. She had an earlier start in the beer drinking game than her director.

“I think I was probably about 13 in Ireland — my dad’s Irish,” she explained. “I spent a lot of time there and it was Guinness. It’s a good beer to turn you off beer for a while as a young person until you’re of age. But beer in Ireland is like wine in Italy, it’s such a part of the culture that kids drink it a little younger.”