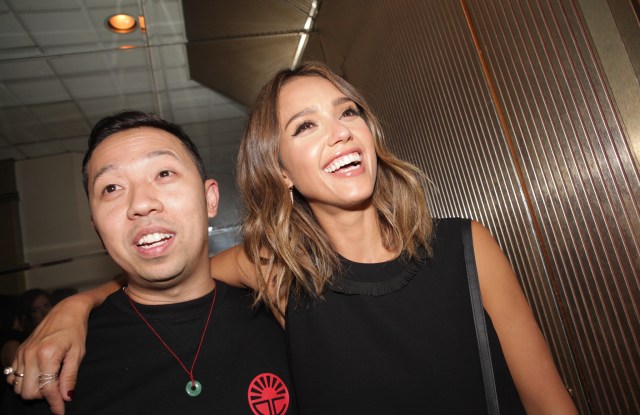 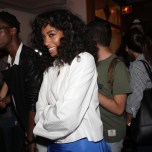 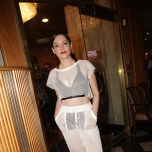 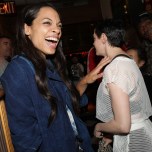 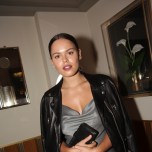 It’s a small, recirculated group of venues where New York Fashion Week parties are typically held. So when the unfamiliar address of 47 Broadway was billed as the venue for Opening Ceremony‘s after party, most invitees went straight to Google Maps for investigation. Not that it was much help — plug it in and “China Chalet,” a Chinese restaurant with 86 Yelp reviews — for an average 2.5 stars — pops up. Surely that can’t be it, right?

Circa 11 p.m., a crush of partygoers queued up outside the nondescript, second-floor restaurant. Opening Ceremony was indeed having their party there. “I’ve had a lot of birthdays and holiday parties here, but no one from fashion ever comes to somewhere like this,” Humberto Leon said. “A place like this is so New York….It’s almost too ghetto for New York Fashion Week.”

The designer also had hosted an unofficial post-show, pre-party meal next door — at a TGI Friday’s. “I’m always down for the tater skins — I’m a tater skin kind of guy,” Leon said. “What’s amazing is I didn’t tell anyone. I was just going to go with my family, but then Rosario [Dawson] and Solange [Knowles] showed up. Everyone was like, ‘I want to eat before the party.’”

“They have an amazing new tuna crisp thing there,” chimed in Dawson, who, along with Knowles, had migrated to the after party post-endless apps.

As the space began to fill up, the guest list was about as unfamiliar — by fashion week standards at least — as the venue itself; nary a Jonas, Hadid, Jenner or Kardashian in sight — though an eagle-eyed fanatic could spot Kim’s personal assistant, Stephanie Sheppard make an appearance around 1 a.m. It was none other than Jessica Alba who held the title of biggest get of the night, sticking close to Leon, before hitting the dance floor, where she busted out some impressive moves, heavy on the booty drop. Not exactly the Justin Peck choreography — where models pretended to fall before pirouetting back up — seen hours before during the brand’s runway show.

“My stomach turned upside down — I was literally like, ‘No!’” Alba said of the tripping models. “It was like that moment when you walk out of the bathroom and your underwear is tucked into your outfit, or when you slip in front of a cute boy. It happened like three or four times, and even though they went up in a pirouette, it still felt heart-wrenching every time. They were so beautiful and graceful, but that was raw. I think I even tried to reach out to help.”

By that point, the bar was cash only and there were still no egg rolls and yet the crowd was resilient, shimmying on the dance floor as employees started cleaning up for the night.