Oprah Winfrey ‘Invests in the Power of Women’ at Sotheby’s

A lack of representation for female artists compelled Miss Porter’s School to organize the all-women auction and exhibit “By Women, for Tomorrow’s Women.” 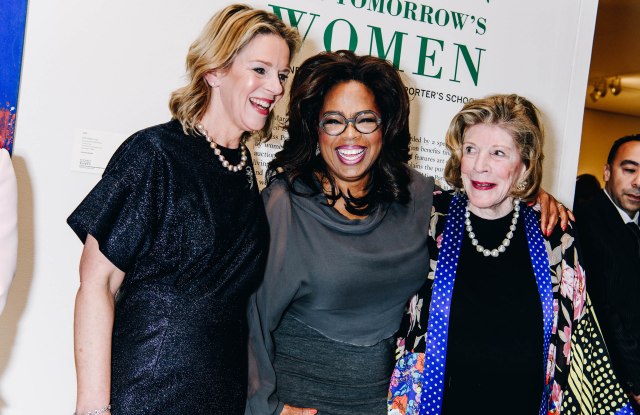 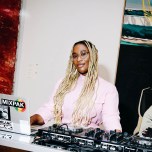 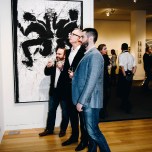 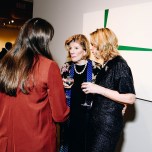 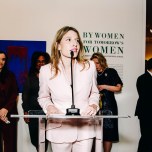 “Hellooo!” Oprah Winfrey sang into her microphone on Tuesday night, her voice raising a few octaves. “We’re at Sotheby’s!”

The occasion for Winfrey’s visit to the storied New York City auction house? An art exhibit and auction hosted by Sotheby’s and Miss Porter’s School called “By Women, for Tomorrow’s Women.” The event was the first all-women-artist benefit held at a major auction house. The art world offers yet another dimension to the wage gap between women and men: last year, of 2,000 artworks sold at the auction house for more than $5 million, a mere 5 percent were made by women. None of them were women of color.

This lack of representation for women artists compelled the head of school at Miss Porter’s, Katherine Windsor, to cull 43 works of art by more than 40 women artists for the show; the students at the college prep institution wrote the highlights for the pieces. Some of these teens attended the party, circling the vast gallery space checking out art by Dorothea Rockburne, Lily Stockman, Ghada Amer and more. The event took place across three floors (guests sat for dinner by chef Missy Robbins later on in the evening) but the real action happened in the gallery, where “By Women, for Tomorrow’s Women” was held. Once word got around that Winfrey was fixing to speak there, the main entrance flooded with people eager to see her.

Arts patron and philanthropist Agnes Gund, who nurtured her own love of art into a career after taking an arts history class at Miss Porter’s, donated Carmen Herrera’s “Blanco y Verde,” the centerpiece painting of the auction. She stated how important it is for art collectors to invest in women artists and increase visibility by simply showing women artists. Winfrey, during her speech, stressed the same idea.

“I hope you buy a lot. That’s really the bottom line,” she said. “But even if you don’t, I hope that in your own collections, your idea about what it means to be a woman artist expands.”

Winfrey’s niece Chrishaunda Lee, a Miss Porter’s alum, stood front and center, taking videos of her aunt speaking at the podium on her phone.

“When I conceived this idea of creating a school for girls who come from challenged backgrounds, I had in my mind always the idea of what Miss Porter’s represents to our culture and to the world,” Winfrey said. “[When Lee] went there in the Nineties, I saw how the experience of being taken out of a challenging environment and brought into a world that respected and revered women changed the trajectory of her life. So I wanted to do the same for girls in my school.

“Over the years, I’ve bought a lot of wonderful art, but I never thought about, ‘Was it a woman or a man?’ I just thought, ‘I like it. I’m gonna get it,’” Winfrey continued, to laughter. “And now, my own perspective has changed. So I am going to consciously be looking for women by women as a part of my own collection. If we all do that, this will be a big success.”

Scooter LaForge Creates Art for the Body and Soul