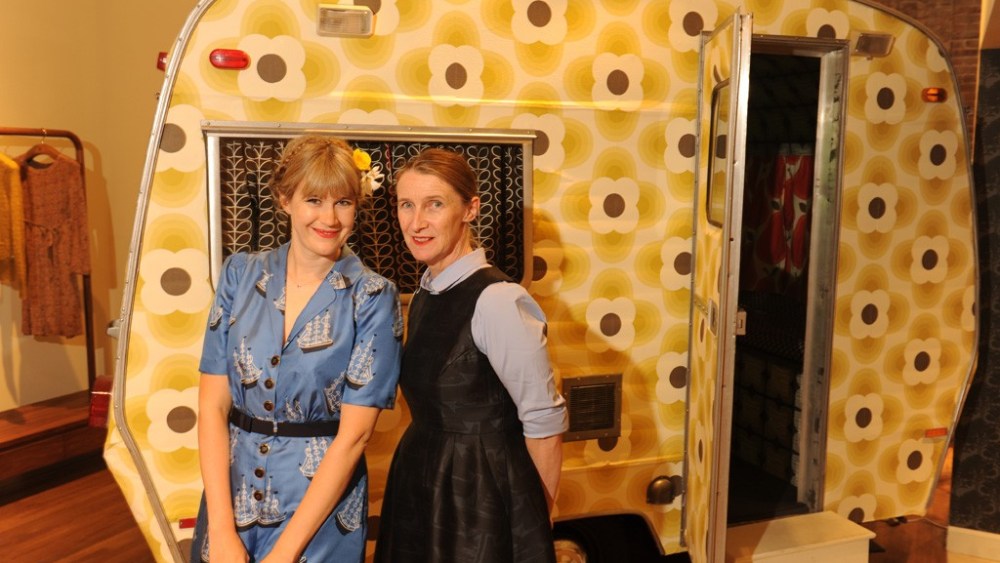 Just a few hours after The Duchess of Cambridge’s mother, and new grandmum to Prince George Alexander Louis of Cambridge, Carole Middleton, donned a pebble-blue tea dress from Orla Kiely to meet her royal grandson at St. Mary’s hospital in London on Tuesday, the Irish-born, London-based designer was at her SoHo boutique toasting her new collaboration with Target.

Kiely, a veteran of the big-box team-up (she launched her home line for the Minneapolis-based retailer in 2009), designed a capsule of techie accessories done in boldly hued, graphic-mod patterns. “I’m a bit of a mad, midcentury fan,” Kiely said of the collection, which puts a retro spin on iPhone and iPad cases. “I love textiles from the Fifties, Sixties and Seventies — when they were much more bold about things.”

“We all love that quite prim, very British, Sixties sensibility,” said Chung, who arrived fashionably late. “I think there’s a romanticism around other decades, especially at the moment when in the modern world, things are quite fast and furious and quite in your face and people are wearing hardly any clothes. That’s a cool aesthetic, but on the flip side, there’s women who want to appear demure still.”

Partygoers, who included Karen Elson and Becka Diamond, scooped up Fifties-suburbia style bites such as tater-tot skewers doused in an oven-roasted tomato purée (a ketchup stand-in). Sarah Sophie Flicker thanked her husband, Jesse Peretz, for introducing her to Kiely’s retro designs after coming home from a business trip in London about five years ago with an Orla Kiely dress in tow.

“The funny thing is my husband is not into fashion at all and he feels like he discovered Orla Kiely,” Flicker said.

Diamond, for one, was pumped to have another thing to pick up at the fast-fashion store. “I loooove Target or Targé!” she said. “I love the stockings section, I stock up there on all sorts of fishnets and things because when you buy Wolford and it rips after the second time, you’re like, ‘Damn, there goes a hundred bucks.’”