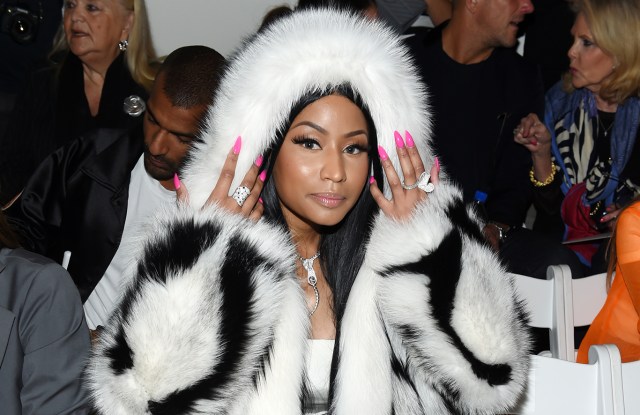 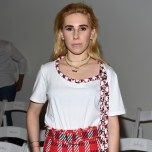 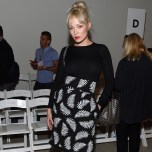 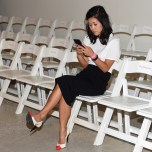 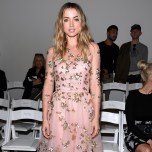 “I’m having the time of my life,” Nicki Minaj said from the front row of the Oscar de la Renta show at Sotheby’s on Monday afternoon. The rapper has had a busy New York Fashion Week: She performed at Philipp Plein’s after party on Saturday, appeared in the front row at Monse and at the Harper’s Bazaar Icons party on Friday, and came out for the Mert & Marcus book launch on Thursday. “It’s probably [been] one of my favorite fashion week seasons, I think. I’ve just been super comfortable and it’s been chill. I like my looks for this one,” she added.

Speaking of chill: The rapper came out to the show in a knee-length fur ODLR jacket and had the hood up. With the temperature outside hovering around a balmy 80 degrees, wasn’t she feeling a little bit hot?

“I’m hot in every sense of the word,” Minaj said.

Ana de Armas was also wearing a look from the house’s new collection, although a seemingly more breathable sheer dress. The actress is gearing up for full-on “Blade Runner” promotion.

“We’re about to start the European press tour, so this is kind of my last day in New York before we just get on the plane,” she said, crediting “adrenaline” for carrying her through to the premiere.

Zosia Mamet also has a busy fall ahead and has been staying cool by training for an upcoming job that starts shooting at the end of October.

“Ice skating,” she said. “It’s very hard, very hard. There are all these seven-year-olds out on the ice that are just smoking me left and right. I’m like trying to learn my little tiny waltz jumps, and they’re just going all over the ice rink.”