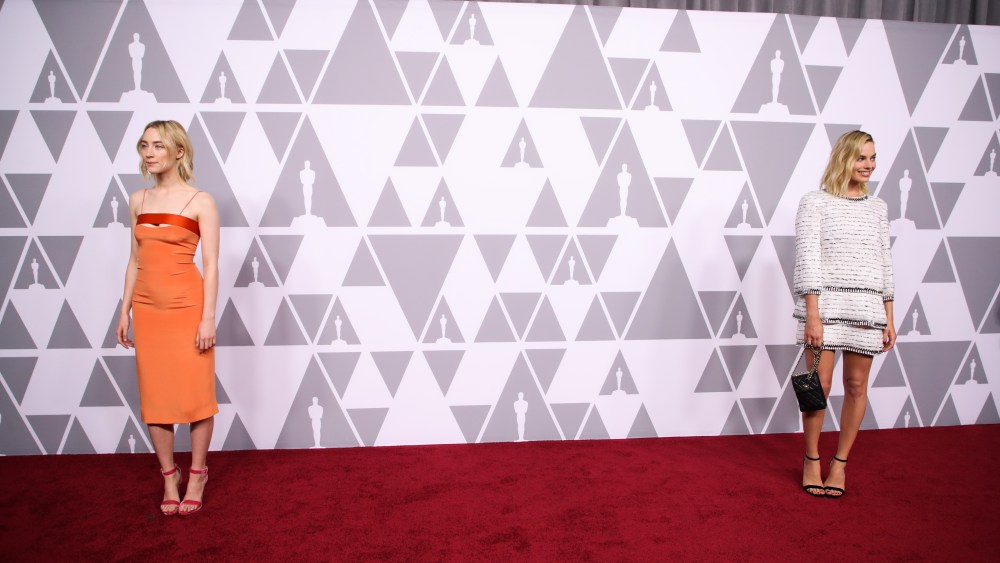 Margot Robbie, Mary J. Blige and the rest of the Academy Awards Class of 2018 turned out at the Beverly Hilton hotel Monday for the annual Oscar Nominees Luncheon, one of many events where the actors, directors, writers, producers and composers will meet before the big day on March 4, but one of the few where they aren’t obligated to do interviews with press.

While there is a gray and white step-and-repeat and a red carpet, reporters are notably absent, leaving the photos to speak for themselves. This year, as in most, female attendees opted for early springtime day looks, with white and tweed ever popular choices, along with splashes of color. Witness best actress nominee Robbie’s Chanel minidress and Saoirse’s Ronan’s sherbet spaghetti-strap sheath. Greta Gerwig’s dress combined both trends, and even best actor hopeful Timothée Chalamet went for it in a forest green suit.

It’s more buttoned-up, but a similar vibe to the Film Independent Spirit Awards, held the day before the Oscars during lunch by the ocean in Santa Monica. Perhaps eliminating the interviews at Monday’s event spares the women from having to evade “who will you be wearing?” questions, not that anyone would be willing to give up such information this early in the game. After all, there is nearly a month left and dozens more red carpets to walk.