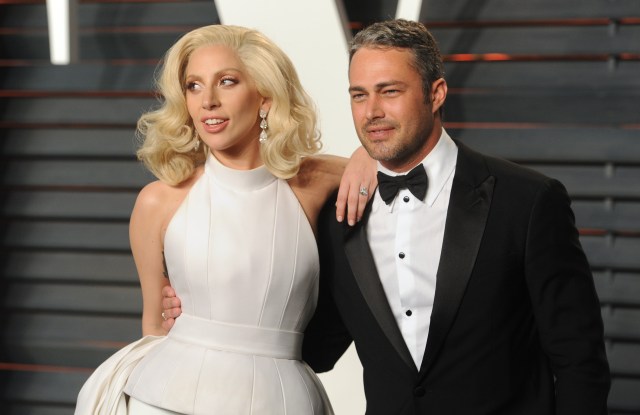 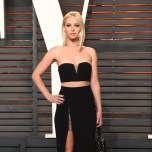 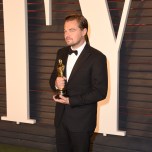 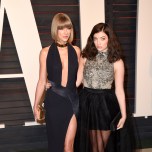 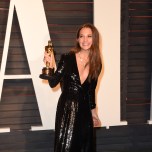 There were a few expected winners at the 88th Academy Awards — Leonardo DiCaprio, Alicia Vikander, “Mad Max: Fury Road” — and the same held true for the post-Oscars bashes. Vanity Fair’s Oscar Party, hosted by Graydon Carter, is still the gold standard by which all Hollywood after parties are measured, despite what pundits might make of an occasional change of location or rotation in the celebrity spin cycle. It’s still de rigueur among those in the social know to say, “See you at Vanity Fair” the day before, knowing that they’ll be among stellar company.

This year, the major award winners arrived at the Wallis Annenberg Center for the Performing Arts, where the same glass structure was erected last year, in due time after making the rounds at the Governor’s Ball and their agency and studio fetes. A steady flow of eye candy followed — from Taylor Swift and Charlize Theron and Lady Gaga to the Jessicas (Biel and Alba) and the Lilys (Cole and Collins). Even hosts of major competing affairs — Sir Elton John and David Furnish and Harvey Weinstein — were enjoying the scene at VF by 11:30 p.m.

People-watching on steroids is a better way to describe it, with legs for days and cheekbones aplenty (witness Chanel Iman, Naomi Campbell and Natasha Poly in slit-to-there dresses and Emily Ratjakowski and Eva Mendes in a tête-à-tête).

Barely off the striped carpet, Swift, with BFF Lorde in tow, bumped into Kate Upton, exclaiming, “Dude, you look amazing!” before heading into her preferred area — a bar table mid-way between the actual bar and the dance floor. Alexander Skarsgard and Margot Robbie held hands as they made their way through the crowd, while other beauteous couples included Olivia Wilde and Jason Sudeikis, Aaron Paul and Lauren Parsekian, and Kerry Washington and Nnamdi Asomugha. There were also some new singles, including Jennifer Garner (whose soon-to-be ex-husband Ben Affleck was also present) and Paula Patton.

Designers especially enjoy the scene, getting to see the fruits of their labor come alive on beautiful bodies. “I loved designing Saoirse’s gown,” said Francisco Costa of his Saoirse Ronan creation. “Green is my favorite color, and she looked like such a beautiful woman tonight. She’s here, somewhere, with Elizabeth,” he said, referring to Ronan’s stylist and VF contributing editor Elizabeth Saltzman. He then made his way over to the bar with a glass of his preferred party libation, tequila, to have a shimmy with Alessandra Ambrosio and Michelle Rodriguez.

Georgina Chapman was also busy chatting up actresses while her husband Weinstein made his own connections. “I really love getting to look at everyone tonight,” she said. “The week has been full of fittings, but it makes it worth it when you see how beautiful everyone looks.”

Chapman scored a nominee, Jennifer Jason Leigh, among others at the ceremony and she was also echoing the pale pink of Leigh’s gown in her own embellished lace dress and Lorraine Schwartz earrings.

While the party was still in full swing at 1 a.m., there were some who had even later plans. “Hi! And bye. We’re going to Madonna’s” said Diane Kruger.

Jennifer Meyer and husband Tobey Maguire uttered something about having to “go to Ago [restaurant],” where presumably DiCaprio was throwing his own party. (He likely had time to plan it ahead of time in anticipation of victories for “The Revenant.”)

Who knew where Lady Gaga and Taylor Kinney would end up, but between the musical talent present, the night gave the Grammys a run for its money. Gwen Stefani and Blake Shelton, Common, Sean Combs, Pharrell Williams, Quincy Jones, Selena Gomez, Lana Del Rey, John Legend, Mary J. Blige and Sheryl Crow were but a few in the room and the surrounding garden spaces.

Even the final sendoff was chic — an Uber staging lounge with a Nespresso coffee bar and brown-sugar coated beignets provided a comfortable place for guests such as Dita Von Teese to wait for their rides home.