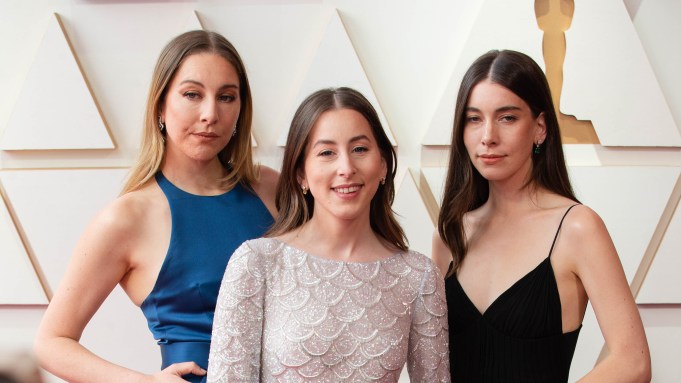 The 94th annual Academy Awards ceremony is live on the red carpet. After a pared-down ceremony last year, the film industry’s biggest talent is out in full force.

Follow along to see all of the looks from the red carpet.

The 2022 Oscars ceremony will be broadcast live on ABC, and livestreamed on the network’s website. The show will be hosted by Amy Schumer, Regina Hall and Wanda Sykes.

Netflix’s “The Power of the Dog” and “Dune” earned the most nods, receiving 12 and 10 nominations, respectively. Other big contenders with significant nominations include “West Side Story,” “Belfast” and “King Richard.” All five movies were also included in the coveted category for Best Picture.

Everything to know about the Oscars

How to Watch the 2022 Oscars Best Picture Nominees

A Closer Look at the 2022 Best Documentary Oscar Nominees