Stars let their clothes do the talking, ditching black for bright white and color. Time's Up's effect was seen in the strong silhouettes. 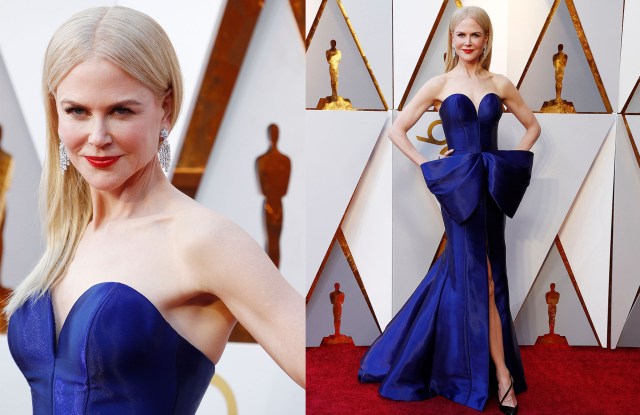 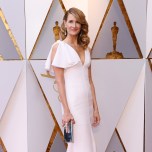 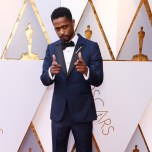 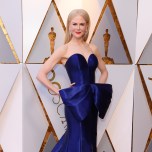 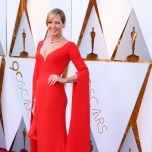 “It’s contagious,” said Ashley Judd on the Oscars red carpet. She wasn’t only referring to the impact of the #MeToo and Time’s Up movements, but the joy that she’s gotten from women all over the world, not just in the entertainment business, banding together in an effort to end sexual harassment in the workplace. “You can’t help but feel joy when girls and women support one another.”

Judd was walking the red carpet at the 90th Academy Awards, held at the Dolby Theatre in Hollywood, with Mira Sorvino, another actress who first spoke out about her experiences with harassment. The past Oscar winner had happy tears in her eyes when she described what it’s like to be back.

“I can’t single any one film out, but it’s such a wonderful feeling to be celebrating all these amazing films,” she said, before adding that she’s a fan of Guillermo del Toro, director of “The Shape of Water.”

The positivity and strength the two actresses homed in on translated into the gowns worn on the red carpet: strong (as in shoulders, silhouettes and fabric) and bright (as in white or color or bling). Gone was the all-black Golden Globes and BAFTA dress code — not a surprise.

Actresses were ready for their Oscar close-ups in a parade of color — from Saoirse Ronan’s pale pink Calvin Klein and Viola Davis’ bright peony Michael Kors, to Meryl Streep in a red Dior gown and Nicole Kidman in cobalt Armani Privé.

“I just liked it,” shrugged Kidman, though there likely was more thought put into it than that. The sharp, structured and voluminous lines of the gown were classic Armani — and exemplary of the most prevalent trends on the carpet — but the show-stopping color most certainly was chosen with statement-making in mind. In a long season of red carpet wins, Kidman has stuck mostly with slender silhouettes to match her enviable frame, so it seemed she decided to go big or go home on the big day.

The bright white that many major attendees wore — nominees Margot Robbie in Chanel and Mary J. Blige in Atelier Versace; Jane Fonda in Balmain, and Laura Dern in Calvin Klein — could also be seen as a political and social statement, much as it was at the Grammys and the State of the Union.

The men were also on theme, exemplified by Timothée Chalamet’s all-white Berluti tux.

Yes, there were the obligatory pale pink and sparkly princess gowns — Allison Williams, Gina Rodriguez and Sorvino — and slinky gold numbers — Jennifer Lawrence in Dior and Lupita Nyong’o in Versace — but there were also some actresses taking calculated risks.

Emily Blunt’s pale blue Schiaparelli is to sure to be polarizing among couch critics and beloved among fashion insiders, as will Salma Hayek’s over-the-top Gucci. But how could one not love the verve with which she wore it? “It’s all about this,” she said, gesturing to her ample bosom. Of the sequins on top of velvet on top of rhinestones, she reminded that the Oscars are, after all, a celebration of showbiz. She even said, tongue firmly in cheek, “It’s going to light up.”