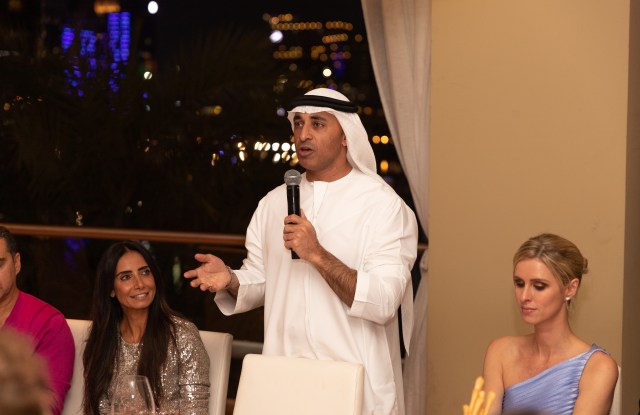 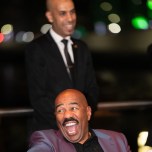 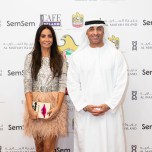 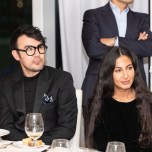 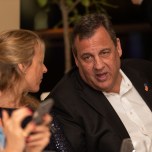 ABU DHABI, United Arab Emirates — One of the most coveted invitations in the UAE is the Emirati Ambassador to the U.S., Yousef Al Otaiba and his wife Abeer’s annual dinner thrown at Abu Dhabi’s Café Milano, an outpost of the Washington D.C.’s power broker hotspot. This year’s soirée earlier this month was no exception, with guests from political leaders and philanthropists to fashion insiders and celebrities coming from as far as London and New York.

“Most of our guests have never been to the UAE before so it is important to me that they leave with an extraordinary impression,” said Abeer Al Otaiba, who is creative director of Semsem. “There are so many inaccurate stereotypes about our part of the world and I’ve found that when people visit the UAE they are truly surprised by what they see and all that we have accomplished in such a short time. I want our guests to feel the sincere sense of hospitality that is ingrained in our culture while also learning more about me, my brand and the various hats that I wear in my daily life as a mother, creative director of Semsem, and wife of a diplomat.”

Abeer, who resides in Washington, D.C., noted that it has been an exciting year for Semsem. “I feel that together with my new design team we are hitting our stride as a brand. The partnerships we have cultivated have been phenomenal.” The designer recently launched her collection on Net-a-porter, nearly selling out soon after launch. “As we look ahead to next year, we are continuing to refine our designs while also maintaining our dedication to supporting women and children by partnering with a nonprofit each season.” Actress Raven-Symoné picked up a striped sequined purple pant suit from Semsem while in Abu Dhabi which she dubbed her “Purple Rain”-inspired look.