Paige Powell Plays Queen Bee for a Night With Gucci

Powell, who was harder to track down than an A-list celeb, toasted her new photographer book with Gucci at their Wooster street store. 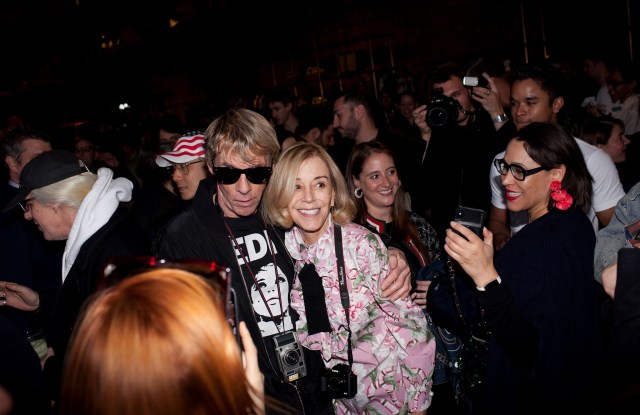 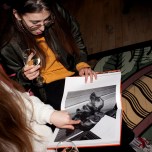 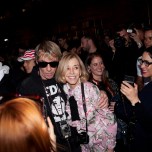 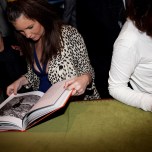 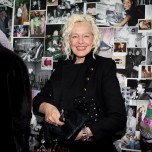 Getting face time with Paige Powell Wednesday night at Gucci’s Wooster street location was tougher than chatting with Lady Gaga or Cardi B front row at fashion week (and, for the record, those situations aren’t easy).

The woman of the hour was in high demand, and why shouldn’t she be — she was the guest of honor for the party, which Gucci threw in celebration of the release of her book “Paige Powell” published by Dashwood Books, and the opening of the Beulah Land installation at Gucci Wooster.

“I feel like it’s a wedding or a funeral or something, I don’t know,” the photographer said, dressed in a pink Gucci dress, fans on all sides. She makes it through about a sentence at a time before being interrupted by an admirer, and is relocated to a corner, where still the friends come to her.

“Gucci did a fabulous job — their interest in restoration and history and art. They just took my archive…I mean, my archive is really an archive. It’s really funky,” she said of the book. “And then they just said ‘give us everything you want to do’ — and I gave them all of it.”

Powell, who spends most of her time in Portland these days, said it was “very surreal” to be back in SoHo, in New York, in such a different time and moment in history. Most of the work displayed in the book and in the Gucci store installation was being viewed publicly for the first time.

“At the time, I liked the process of filming. And they were in boxes and I never saw them. I never had time to look at them,” she said, motioning to a film of Keith Haring. “It’s the first time I’ve seen a lot of this. And I think it’s about perspective — at the time I wanted to be with like-minded people, and be in this environment.”