Donatella Versace Opens the Doors to Her Palace in Dubai 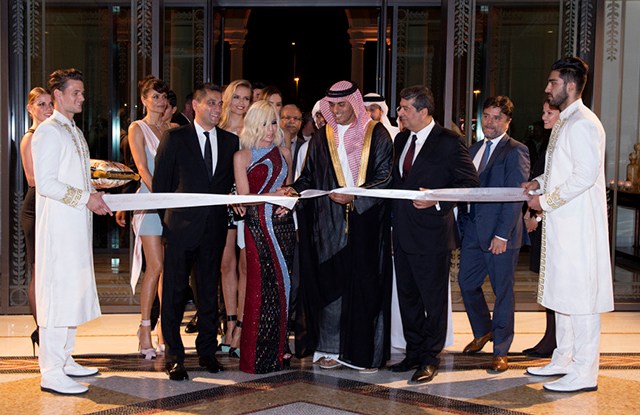 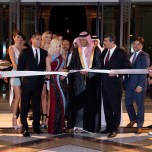 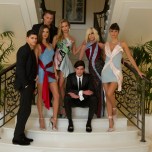 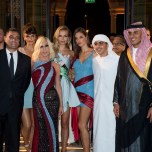 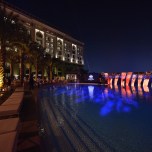 DUBAI –  With giant flags bearing iconic prints of Versace scarves flying high along the waterside, Donatella Versace on Tuesday night officially cut the ribbon for the opening of the brand’s second hotel in the world, Palazzo Versace Dubai.

An enthusiastic Versace mingled with guests during the outdoor affair. “I want everyone to walk away from the party feeling like ‘I want to come back here’,” she said.

Cutting the ribbon arm and arm with her local partner, Raza Jafar of property developer Enshaa and Versace’s new chief executive officer Jonathan Akeroyd, the designer was beaming. “It’s a dream. My name, my family’s name on this hotel, I couldn’t be more proud.”

She brought along a bevy of models to celebrate, including Alessandra Ambrosio, Helena Christensen and Natasha Poly. Naomi Campbell was also reportedly staying in the hotel, but didn’t come down to the bash, preferring to relax in her luxury suite.

The fete naturallyhad a fashion element. Several Versace Couture gowns were on display for the first time ever in the region. Versace couturiers from Milan are staying at the Palazzo Versace for the week to meet with private clients. The company will donate a portion of the couture orders from this week to Dubai-based charity Dubai Cares.

Versace was originally planning to fly back to Milan the morning after the party but made a last minute change of plans, “I called to change my flight. I’m going to stay tomorrow so I can relax for a day here,” she said. She is staying in one of the hotel’s duplex Imperial suites which has its own private pool and a nightly price tag of $25,000.

“I don’t want to leave, but eventually I will have to,” the designer said.