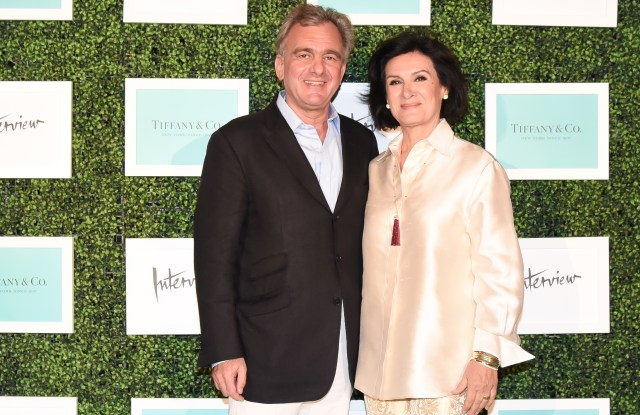 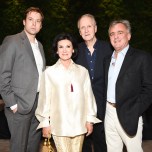 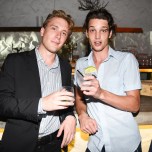 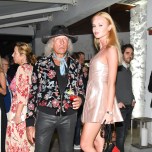 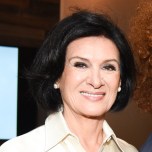 Anyone just now arriving at Art Basel Miami Beach to buy some quality art, forget it.

“All the most important things that show are bought and sold before the thing opens, so the best stuff is already gone before anybody gets in to see it,” said John Loring, design director emeritus of Tiffany & Co., barside at the 1 Hotel’s Cabana pool. “And by the time that they open, it’s all over.”

Which further reinforces the idea that the official shenanigans at Art Basel Miami Beach aren’t really about art anyway — they’re about partying and brand building, both personal and corporate. And there was plenty of both on Tuesday night. Loring had come out for a conversation and cocktail hosted by Interview Magazine and Tiffany & Co. celebrating Paloma Picasso. Loring, who was responsible for bringing Picasso into the Tiffany family, recalled meeting the legendary jewelry designer when she was 17 years old.

“Peggy [Guggenheim] and my mother had houses about 300 yards from each other,” he explained. “Peggy called up one day and said, ‘What are you doing?’ and I said, ‘I’m covered in paint in my painting studio and a terrible mess.’

“Peggy said, ‘Clean yourself up because Françoise Gilot is here for dinner,'” he continued, snagging a mini crab cake from a waiter. “Françoise brought Paloma, who was marvelously dressed. She had a Swiss eyelet dress, white stockings, patent leather shoes, orange beads around her neck, and a huge daisy pinned up in her hair.”

They discovered that Picasso was staying in Venice for the summer. “My mother gave Paloma our address and phone number and said if you want company, come and knock on the door. The very next day, my mother and I were sitting down in our garden for lunch, and the doorbell rings, and there’s Paloma standing there. And now here we are, almost 50 years later.”

Loring credits Picasso’s refined image as the key to her success and longevity as a designer.

“I knew from the very moment that I met Paloma that she had a self-image and what it took to do something like that. Many designers in the world don’t,” he said. “They all think they’re designers, but they’re not, and they don’t have what it takes to become a designer because they have no self-image. Good design in a way is a self-portrait — unless a designer has a strong sense of self and self-image, their designs are not going to be good self portraits.”

Nearby, Picasso was just starting to take in the Miami Beach scene — this year marks her first time at the American art fair. “We live in Switzerland, so we’ve been going to Art Basel in Basel. Since they’ve opened here, they’ve been sending us the packet with all of the invitations. Finally, it’s happening; finally, we’re here,” Picasso said. “I just want to be surprised and discover something that I like, and that I don’t know.”

And maybe hasn’t been sold already.