Pamela Anderson on ‘Gilets Jaunes’ at the Sidaction Gala

The “Baywatch” star stepped out to show support to Jean Paul Gaultier, who was the event’s honorary president this year.

By Fleur Burlet
with contributions from Joelle Diderich
on January 25, 2019
View Slideshow 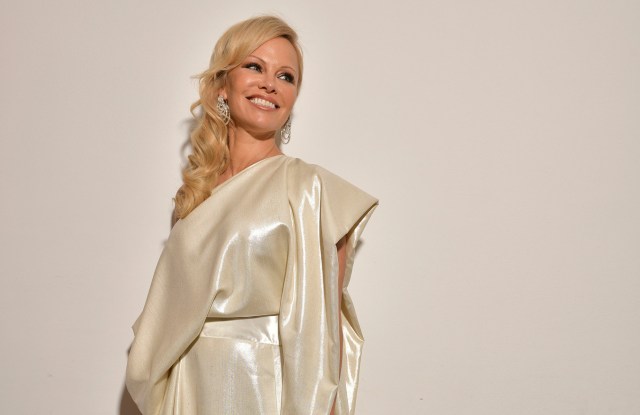 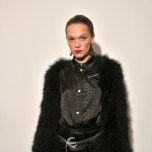 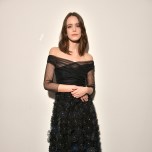 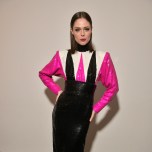 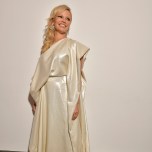 Pamela Anderson, wearing a flowing cream gown by sustainable couture designer Aelis, was spotted amongst the buzzing crowd of guests at the Pavillon d’Armenonville in the Bois de Boulogne.

The “Baywatch” star caught the eye of social media with her comments on the political situation in France, still in the throngs of the “gilets jaunes” demonstrations.

“I like people who speak out,” the American actress said about the movement. “France is a place where we can do that, which is not always the case in other countries.”

The fashion calendar had to reorganize parts of its schedule during the presentation of men’s wear collections, with major designers moving their shows so as not to clash with the planned demonstrations. Did Anderson herself have to face any of the protests these last few weeks?

“There have been a few inconveniences, but I think that’s the point,” said the actress and animal rights activist, who is campaigning against the production of foie gras in France. “We have to listen to the people.”’

Although guests at the event nibbled on foie gras canapés during the cocktail hour, Anderson prefers “faux gras” and assures it tastes fine.

She swooped in to greet Jean Paul Gaultier, honorary president of this year’s edition of the event, who was swarmed by guests before the dinner.

“It’s a lot of responsibility and I’m a little intimidated, and on top of that I’m very scared about the speech because I’m not a public speaker. I’m just going to say a few spontaneous words and that’s it, so it will be very brief because I’m incapable of learning things by heart,” he said with a smile.

True to his word, Gaultier kept his remarks short and sweet. After speeches by Françoise Barré-Sinoussi and Line Renaud, respectively president and vice president of the fund-raising organization, the couturier concluded the evening’s opening ceremony with a plea for guests to use condoms.

“Rubber is very fashionable,” he said. “Let’s make love, love each other, but protect yourself — that’s what Madonna would say.”

A total of 650,000 euros was raised at the gala, which included a dinner orchestrated by Michelin-starred chef Christophe Pelé.

Alongside Gaultier, Dior creative director Maria Grazia Chiuri was one of the other designers attending. She stopped in the Pavillon’s foyer to reminisce about her childhood memories of the circus, the theme she chose for the Dior spring 2019 couture show.

“It’s an important tradition in Italy, especially in Rome,” explained Chiuri, adding that she’s not the only one to have been captivated by it. Fellini, himself, was fascinated with the circus.

The evening felt like a release after a busy fashion week. “It is like an exam,” said the designer, commenting on the stress leading up to a show. “We have to maintain our calm, our balance, because it’s an important moment.”

Actress Stacy Martin likened it to the end of a long filming period. “When you’re on set, your whole life is timed to the minute,” she said. “You know when you’re going to eat, when you can use the bathroom, your whole life is taken over. And once it’s over, you no longer have that structure and need to readjust.”

Does she have any tips for bouncing back from a shoot? “The best way to recuperate is to step right back into normal life,” said the actress, who will play the leading role in Nicole Garcia’s next film alongside Pierre Niney. “Seeing your friends and family, keeping busy, even doing super normal things like going grocery shopping.”

For Monica Bellucci, being cut off from the world is part of the shooting experience. “When you embark on a film, it means you’re up for an adventure. It’s not an ordeal, it’s something you choose. Don’t you agree?”

Model Coco Rocha left the event with a present for her daughter Ioni, who accompanied her to fittings backstage at Gaultier’s show. The couturier went over to Rocha and her husband James Conran to hand her a tiny 3-D-printed car, a couture embellishment that Ioni played with while waiting for her mother.

“She was front row at the show, sitting on daddy’s lap,” said the model, adding that the three-year-old used to call modeling “mommy’s talent show.”

Both parents are entertained by their daughter’s blasé attitude to fame. “When we went to the pediatrician a couple of weeks ago, there was a copy of Parents Magazine for which Ioni and I posed on the cover,” Rocha said. “She acted like it was completely normal. It’s not!”