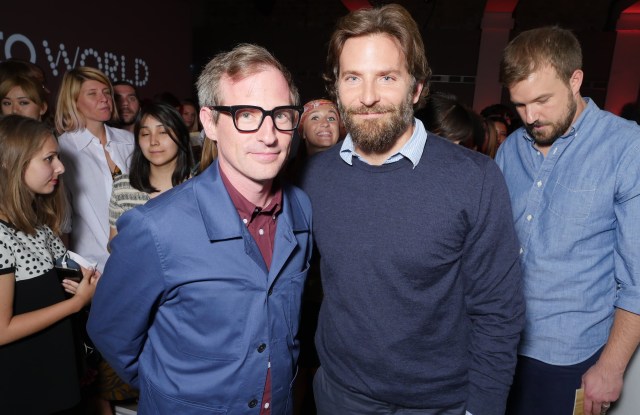 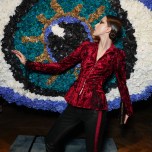 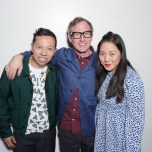 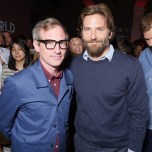 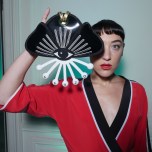 THE EYES HAVE IT: The stately Hôtel Salomon de Rothschild in Paris was the scene of Kenzo’s perfume party, which was hosted by its creative directors Carol Lim and Humberto Leon on Monday night.

Guests flowed through the voluminous rooms and spilled out on to the immense back lawn, which was thumping with tunes mixed by the likes of Pedro Winter, aka Busy P.

Also on the music front, Yoann Lemoine (aka Woodkid) said he’s working on a big concert for the Montreux Jazz Festival on July 15. “I’m doing a special concert for its 50th anniversary,” he said. “We’re going to be more than 50 on stage. It is going to be a big celebration. It’s a brand new creation.”

Another work of Woodkid’s due out in a few weeks is the soundtrack from a film he did with artist Nils Frahm. It’s a project for which Woodkid plays the piano and Robert De Niro lends his voice. “All the proceeds are going to go to a refugee association called Sea-Watch,” said the multifaceted artist.

Kristina Bazan, a L’Oréal Paris ambassador and blogger, has been concentrating on music lately, too.

“That’s what I’ve wanted to do since I was a little baby girl,” explained Bazan, whose first single, called “Out,” was released a month ago, and her music video is to break shortly.

New York-based Aziz Ansari said he had already been in Europe prior to the Kenzo party, since he had gone to Italy to glean inspiration for some upcoming filming to take place there.

“I’m buddies with Spike, and he told me he was here, so I came to see him,” said Ansari, referring to Spike Jonze, who wrote and directed the Kenzo World advertisement starring Margaret Qualley.

Ansari said he’s focusing on season two of his comedy series “Master of None.”

Perfumer Francis Kurkdjian, who conceived Kenzo World with Lim and Leon, has a host of projects launching soon, including fragrances for Elie Saab and Burberry. Concerning his eponymous brand, Kurkdjian just released the Petit Matin and Grand Soir scents, and he’s also collaborating with Sèvres porcelain makers on re-creating 18th century-style potpourri from its formula dating back to that time.

Guests at the cocktail, whose artistic centerpiece was a big eye-shaped sculpture, were at one point ushered downstairs into the mansion’s basement for a screening of the new advertisement, plus a performance by Ryan Heffington, who choreographed the dance moves in the perfume’s film.

Back upstairs, DJ sets were also mixed by Busy P and Sam Spiegel, who conceived the Kenzo World soundtrack.