The collection's launch party on Saturday drew a bevy of style icons and influencers including Virgil Abloh, Luka Sabbat and Peter Dundas. 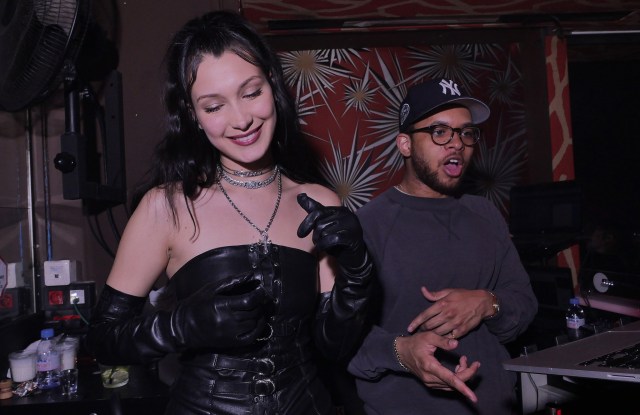 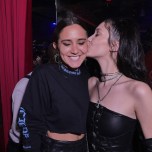 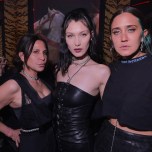 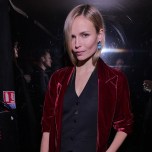 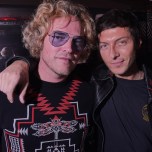 The collaboration between Bella Hadid and L.A.-based Chrome Hearts debuted Saturday night during Paris Fashion Week at the brand’s flagship. The long-standing close relationship between Hadid and the Stark family made designing easy. “She started as a friend of Jesse Jo’s who came around the factory,” Laurie Lynn Stark recalled. “Bella’s familiarity with the full scope of Chrome Hearts — archives, design and production capabilities included — made experimentation easy. The bondage jacket with its complicated, unique construction was an achievement to pull off.” Word has it Virgil Abloh cleared out anything in XL before heading to Bar Matignon, where the fashion crowd gathered to fete the capsule.

By the time Michele Lamy arrived, the club space was packed as Hadid took to turntables alongside DJ Chase B.

“I collect Chrome Hearts,” said eyewear designer Thierry Lasry, who sported his usual fistful of silver rings from the brand, “so I will definitely grab a few things even if they’re not geared towards men.” His brother and business partner Leonard, who is ramping up his musical career, revealed that his third album would drop on March 10. Fans should expect “good French pop and a collaboration with Jay-Jay Johanson.”

British actress Sienna Miller sashayed down the stairs as Gareth Pugh revealed his operatic focus this year, with two productions featuring his costume designs: “Eliogabalo,” previously shown at Opera Garnier, will be back on stage from Oct. 12 at the Dutch National Opera & Ballet in Amsterdam; this summer, “Antigona,” directed by 2008 Turner Prize nominee Goshka Macuga, will be one of the highlights of Documenta, the art fair that happens every 5 years in Kassel, Germany.

But foremost on the British designer’s mind is political activism. “The fashion industry is so full of waif and strays, women and gay men, immigrants, that I’m very disappointed at how quiet it is. ‘Silence is violence,'” he said.

“Being political in fashion sounds a little like a pastiche. But in a time of crisis, do you look away or do you stick with it?” he continued. “I was asked if I was afraid it would affect my American customers. That didn’t even cross my mind. Fashion is a mirror to culture, and I would feel like a total fake and a wastrel not to use the platform available to me to speak up.”