The brand hosted a party in Paris on Friday night to showcase its new Pump ‘N’ Volume product. 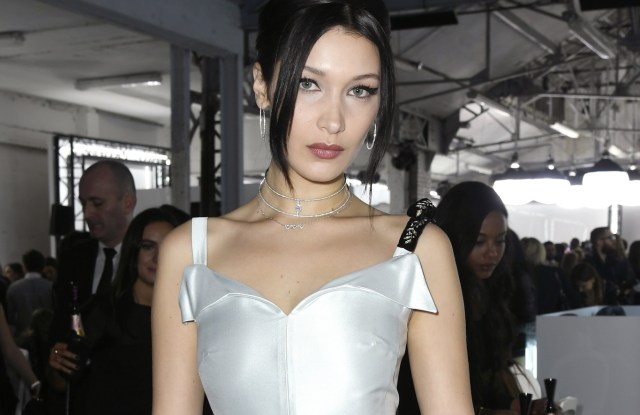 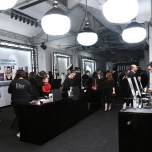 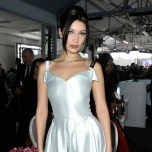 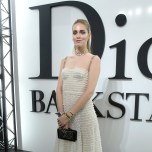 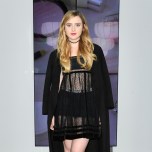 Dior restaged a backstage beauty venue for its party on Friday night during Paris Fashion Week. Highlighting its latest product – Diorshow Pump ‘N’ Volume mascara – a former garage in the city’s 16th arrondissement was set up to mimic the space where models get made up prior to a fashion show. This included the big bulbous white lights, tables covered with Dior color cosmetics products and, of course, makeup artists plying their trade.

Bella Hadid, the newly announced makeup face for the house, gushed with enthusiasm for her role. “I get to work with Peter Philips every day, and he’s like the most amazing person on the planet. He makes the day so fun,” she enthused, sitting in the VIP section and speaking over the party’s thumping music about the creative and image director of Christian Dior makeup.

Hadid in late May was tapped as Dior’s latest makeup ambassador, and she has appeared in a series of online videos for the house since. Having tried out a slew of products, she had a few favorites to tick off. “There’s this one powder eyeliner that’s the most amazing thing,” Hadid said, adding she brought it to the Victoria’s Secret show last year “and every girl loved it.” She’s partial to the bronzer-and-highlighter in stick form, too.

Also at the party was American actress Kathryn Newton, of “Big Little Lies” fame. “It was my first real fashion show. I told Maria [Grazia Chiuri, Dior’s creative director] afterward that I almost cried. But I didn’t want to be uncool because everyone is so chic,” she said. “It was because as the models walked, their feet shook the ground, and the clothes were so beautiful. I’m really into fashion – I always have been – and so to get to see Dior as my first show was a dream.”

In the HBO TV series, Newton plays the daughter of Reese Witherspoon’s character. “Reese is really like a mom. I never felt like I was acting,” said Newton.

Looking ahead, she has two films coming out – “Lady Bird,” directed by Greta Gerwig, and “Three Billboards Outside Ebbing, Missouri,” from Martin McDonagh. “Lucas Hedges is in both movies,” said Newton. “He’s amazing. I was so excited that he was on the set. I was like, OK, now here’s the deal: I have to be in every movie you do, and you have to be in every movie I do.”

It was influencer Amanda Steele’s first Dior show also. “I thought it was so beautiful,” she said. “The dresses were my favorite. I’m obsessed with the sheer [ones] with the underwear and cropped top underneath.”

While not working on updating her channel’s content, the multihyphenate, with 2.7 million Instagram followers, is also busy modeling and acting. A recent collaboration has been a makeup collection with ColourPop.

Other guests at the party included Chiara Ferragni and Mathilde Meyer.

On May 1, Dior will launch the Pump ‘N’ Volume mascara worldwide. It is billed to give “XXL lashes” in one stroke. That’s thanks in part to its tube, which has a gummy, flexible section, which when squeezed releases bulk on to the brush.

“It helps make sure that there’s enough product, and it’s heating up your mascara a little bit,” Philips told WWD during a separate interview, referring to an old trick of the trade resulting in easier-to-apply makeup. “It’s hand-in-hand innovation of packaging, as well as formula.”

The creamy-effect mascara is chockablock with waxes and elastic powders, plus an intense amount of pigment. “If you want big, fat lashes, that’s the mascara to get,” he continued. “The backstage line – it’s such a great platform to launch products which maybe are a bit more extreme.”

“Dior is an authority in the eye category, particularly in mascara, due to the success of Diorshow,” Renaud de Lesquen, president and chief executive officer North America for Christian Dior Couture and Parfums Christian Dior, told WWD. “As one of the leaders in mascaras in the luxury market, it is important for Dior to be continuously innovating its products.”

In the U.S., the mascara will be launched in May exclusively at Sephora, followed by a full-distribution rollout countrywide in June.