The pop-up concept kicked off with a bash in Paris on Wednesday night. 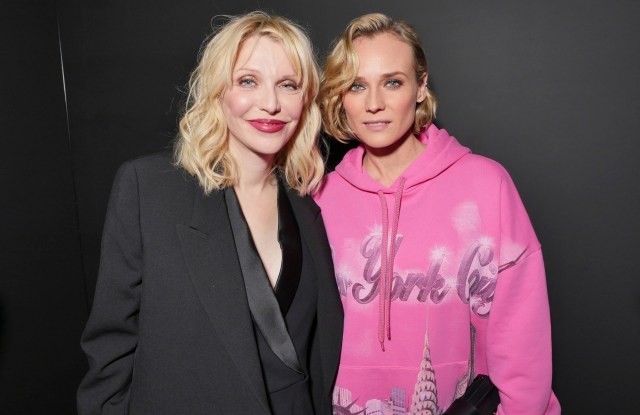 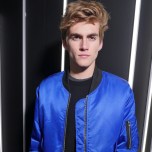 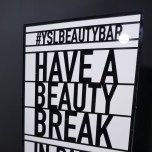 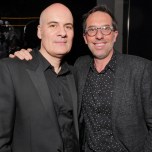 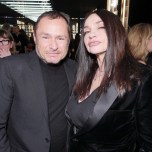 YSL’s “Beauty Hotel” kicked off with an evening bash on Wednesday, the first day the Paris pop-up concept opened.

It’s the next generation of Yves Saint Laurent Beauté’s Beauty Club initiative, which involves gathering clients, ambassadors and celebrities in places like a club offering oodles of hands-on experiences.

Diane Kruger, YSL’s makeup ambassador Zoë Kravitz, Courtney Love and Presley Gerber were among the celebrities who checked into the hotel and meandered through the sprawling, three-level space that boasts a drive-in area, replete with vintage BMWs seconding as makeup stations for Touche Éclat All in One Glow. There, too, people can discover the new product’s advertising.

Béatrice Dalle was taking a break from her hectic schedule. “I’m in the midst of filming a movie with Vincent Lindon in Belgium, which is called ‘À l’interieur’ (or ‘Inside’). I play the big boss of a crime department,” she said, adding the end of the month will see her on stage with Virginie Despentes.

The actress explained she’s drawn less by roles than directors when signing on to movie projects. “I’ve been lucky and have been very honored to have filmed with many big directors,” she said. “My dream was to have filmed with [Pier Paolo] Pasolini. He’s my lord and master.”

Tom Pecheux, YSL global beauty director, was happy to be socializing outside of the digital realm. “I’m not very social media. I’m not very computers,” he admitted, lauding the real-world connections people could make at the hotel.

Here, there’s a “powder room,” where people can test out YSL lipsticks, and a room reserved for live performances by the likes of Soleil Bleu and Keep Dancing Inc. Another is devoted to the new tinted Volupté Colour Liquid Balm from YSL, whose beauty license is held by L’Oréal.

Designed to look like a sleek hotel, the space has a marquee set up in the entry area that reads: Have A Beauty Break in Paris #YSLBeautyBar. The bar, in fact, is where makeup may be applied. People can experience, as well, Black Opium’s most recent edition, an eau de toilette.

The City of Light was the obvious choice for the hotel, said Stephan Bezy, international general manager of Yves Saint Laurent Beauté, during a recent interview. “It’s very important that it was where the brand was born, so we found it made sense to kick off chapter two, the new generation of the YSL Beauty Club, in Paris,” he explained.

Bezy was in attendance Wednesday night, as were Nicolas Hieronimus and Jean-Victor Meyers.

More than 1,500 people, including members of the public, are expected to visit the hotel, which closes on Saturday. But the digital reach should be much wider. “People who come have a lot of opportunity to create content,” said Bezy.