London Designers Gather for Dinner at British Embassy in Paris 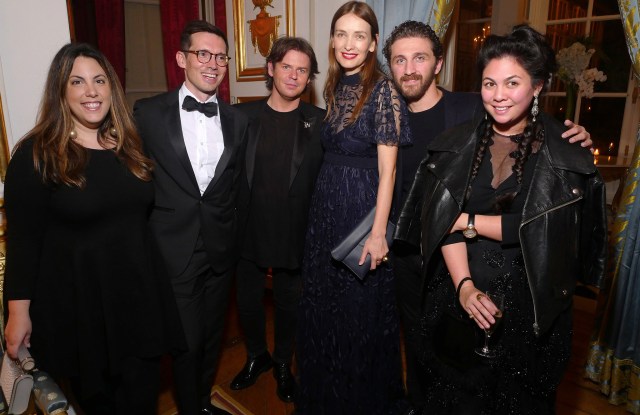 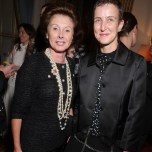 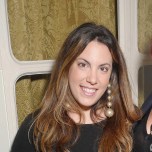 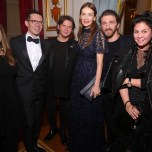 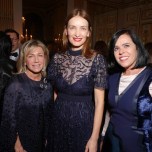 PARIS – Brexit notwithstanding, London-based designers and executives turned out in force to celebrate cross-Channel relations at a dinner hosted at the British ambassador’s residence during Paris Fashion Week.

Sir Julian King, who just left the ambassador’s post to become European Union commissioner for the security union, said the spectacular long table was only set once a year for the European Heritage Days on the third weekend in September, when members of the public are allowed to visit the embassy.

“We’ve got this big table set up and we thought we’d invite some people around to come and have supper, basically,” he said drily – before adding that setting the table took three days.

Susan le Jeune d’Allegeershecque, chargée d’affaires ad interim, gave a speech in which she praised the cultural diversity of London and its fashion industry. “The fact that you do what you do makes my life and Julian’s life and every ambassador’s life so much easier, because the image you project of the United Kingdom is one of dynamism, great creativity and commercial success,” she said.

Caroline Rush, chief executive officer of the British Fashion Council, said that given the political context, it was important for British designers to make a strong showing in Paris. “The whole point of ambassadors is about cultural diplomacy, and there’s probably no better time for that than at the moment,” she noted.

Several of the designers testified to the importance of their links with the French capital.

“I show in London but I have my showroom in Paris,” said Rocha. “It’s where we write nearly two-thirds of our business, so it’s where all the international press and buyers can see the collection if they don’t manage to make it to London.”

Although she has no plans to move her show to Paris, the City of Light is a constant source of inspiration. “The people, the attitude, the markets, the underbelly now of everything, all the youth, the rebellious designers happening – it’s always at the height of creativity and beauty,” Rocha remarked.

Koma has a foot in both cities: his eponymous label is based in London, and he is creative director of Mugler in Paris – though the Georgian designer has yet to learn French. “I do one week in London, one week in Paris,” he explained. “About London, I love the combination of tradition, respect to the tradition and complete craziness. And Paris, I love elegance and food.”

Giovanni Pungetti, ceo of Maison Margiela, said that more people speak English than French at the company’s headquarters in Paris since John Galliano took over as creative director.

“England in general, but especially London, is a point of reference for us and especially since the arrival of John, it’s very important,” he said. “We are full of British people in the house – interns, designers. We also use London for our second line, MM6, and we do a presentation in London.”

Proving that Franco-British relations are thriving, luxury conglomerate LVMH Moët Hennessy Louis Vuitton is the majority shareholder of Kirkwood’s shoe brand. The designer, who is in the process of refurbishing his store on London’s Mount Street, had just come from his presentation.

“Every season, I do the sales here and then I come back for Paris Fashion Week and do a presentation. I showed my very first collection here in Paris,” Kirkwood said. “I love coming to Paris. I never get blasé about it. It’s just such a beautiful city, even when it’s raining like today.”