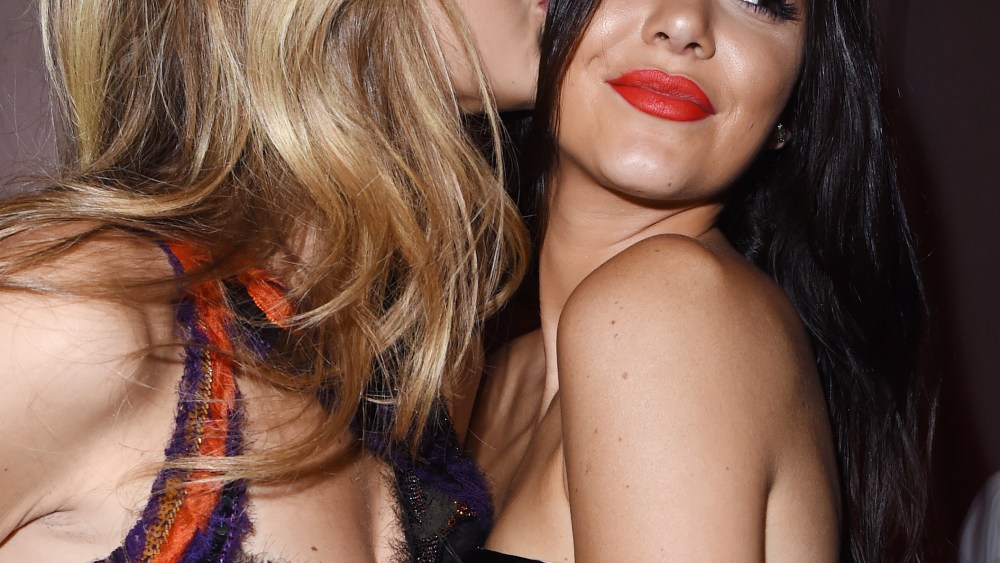 And her wish came true.

There was an Eighties disco vibe at the event’s venue, a turn-of-the-century hôtel particulier at 51 Avenue d’Iéna steeped in fashion history (the “Saint Laurent” biopic was partially filmed there, and it had hosted a Dior couture show). Alt’s attire, a gold-colored Isabel Marant jumpsuit, lent well to the spirit, as did a neon sign proclaiming “Let’s Dance.”

Voguers performed at the bash, and the House of Ninja troupe from New York set the dance floor on fire.

“I gonna show my new video this week,” said Scott, a rapper, referring to “Antidote,” one of the cuts from his new album “Rodeo.”

“I cannot rap,” lamented Mary Katrantzou. “Disco is good. This is good: ‘Sweet dreams.’ I love the Eurythmics!”

“I am not a good dancer, but Guillaume is,” said Alexandre Mattiussi, who was chatting with Guillaume Henry, fresh off his second Nina Ricci show.

Schiaparelli designer Bertrand Guyon was wearing a shirt with a sun, the house’s symbol.

“It’s the T-shirt I wore for my wedding,” he said, revealing he tied the knot on Sept. 12 in Paris. “It was very intimate.”

“In it, I play the mother of a 17-year-old boy,” divulged the actress, who is rarely seen at fashion parties. “I am hiding behind my characters.”

“Everybody is working, while I am on vacation,” he said with a laugh. “Paris is such a feminine city. It reinvigorates every sense of you: your eyes, your nose, your taste. Today, I went to the Arab World Institute. There’s an exhibit about clothes made by women in prisons. The museum is gorgeous.”

Also on Saturday night Hunger magazine hosted a party with Vivienne Westwood at Les Bains. Hopper Jack Penn and Louis-Marie de Castelbjac were among attendees at the legendary club.