A black-tie gala opens the glamorous art and antiques fair.

By Miles Socha and Joelle Diderich on September 13, 2012
View Slideshow 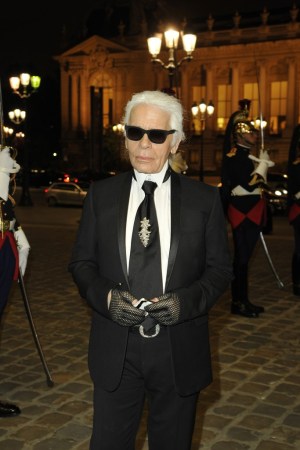 PARIS — More glittering than ever, the 26th Biennale des Antiquaires opened here Wednesday night at the Grand Palais with a strong accent on high jewelry, with Bulgari back for the first time in 26 years and New York vintage specialist Siegelson and Hong Kong designer Wallace Chan among first-time exhibitors.

“It’s a big, big moment, and it improves every time,” said Sidney Toledano, chief executive officer at Christian Dior, which doubled the size of its space for Victoire de Castellane’s high-jewelry creations versus the last edition of the fair.

He cited a strong presence of important clients and collectors at the opening VIP gala, including Americans, Russians, other Eastern Europeans and Chinese from the Mainland, Taiwan and Hong Kong. “We are very, very positive,” he said.

Bulgari, now under the management leadership of former Fendi chief Michael Burke, brought in 100 creations, with necklaces displayed on the throats of tall, slender white porcelain sculptures shown in groups, recalling a chic, feminine version of the famed Terracotta Army in China. It was a teaser for a display concept destined for the windows of Bulgari stores worldwide by the end of this month.

Burke described the Biennale as essential to capture “real collectors” as opposed to more “fashion” customers, drawing a parallel to the Basel art fair. Most of Bulgari’s offerings at the Biennale range in price between 200,000 euros and 20 million euros, or $257,600 to $25.8 million at current exchange rates.

“Jewelry really brings in another element. If it were just antiques, it could lack energy,” he said, also disclosing that American architect Peter Marino is working on new concepts for Bulgari.

“The Biennale just gets better and better,” echoed Thierry Fritsch, president of Chaumet. “It is gaining a truly global dimension, which is very interesting, and the presentation and architecture are of tremendous quality.”

Also long absent from the fair, Chaumet joins 10 other jewelers this year with a 650-square-foot pavilion showcasing 43 one-off pieces created especially for the occasion, including the diamond tiaras for which the house is famed.

“The Biennale attracts an audience of connoisseurs who are interested not only in fine jewelry but also exceptional pieces, art and furniture.

We are very interested in the idea of being associated with these exceptional objects, because it widens our exposure to other types of connoisseurs,” Fritsch said.

Cartier made a splash with 148 pieces, the majority of them one-offs, including pendants and bracelets inspired by wild cats. These included the house’s trademark panther, sculpted from fossil wood, as a pendant set with emeralds, onyx and pearls, and a bracelet shaped like a tiger that was fully paved with brown, orange and yellow diamonds to breathtaking effect.

Jewelry brands have participated in the Biennale since its second edition in 1964. Organizers expect 100,000 visitors for the current edition.

Despite the staggering bounty of art and antiques on offer, many of the famous guests at Wednesday night’s black-tie gala were coy about their collecting proclivities. “Collecting?” Charlotte Casiraghi said with a puzzled expression as she toured Cartier’s plush, expansive booth with ceo Bernard Fornas. Then she thought of something. “Horses,” she said with a smile before drifting off into the party in a teal Chanel dress.

Asked if he was still amassing rarities, Pierre Bergé — who in 2009 sold off his and the late Yves Saint Laurent’s art collection at Grand Palais for 373.5 million euros, or $481.1 million at current exchange — replied emphatically, “No!”

By contrast, actress Sophie Marceau, ogling a tiara topped with an egret feather at the Chaumet stand, was clear about her interests. “Paintings,” she said, hastening to add, “and jewelry, obviously.”

Karl Lagerfeld, who designed the entire look of the fair — from the hand-colored invitations and centerpiece hot-air balloon to stands resembling covered commercial galleries from 19th-century Paris — certainly knows his taste. After dinner, he passed through the Siegelson booth and a piece by Suzanne Belperron immediately caught his eye.

Bethy Lagardère, Hubert de Givenchy, Clotilde Courau, Elsa Zylberstein and François-Henri Pinault and his wife, Salma Hayek, were among those who toured the fair.

“There are Picassos in there,” marveled “Pirates of the Caribbean” star Astrid Bergès-Frisbey, who just wrapped a coming-of-age movie titled “Juliette” by young director Pierre Godeau. She will also be seen in “The Sex of the Angels,” due out soon.

Asked how many micro sequins there were on her gleaming Chanel dress, Bergès-Frisbey studied her sleeve and started counting, “One, two, three, four…”

Courau, poured into an Emilio Pucci gown, said she’s started rehearsals for a Xavier Durringer film in which she plays a secret agent. She’s also working on a show for 2013 about the letters of Edith Piaf. She said it would involve music, but she would only read and recite, not sing.