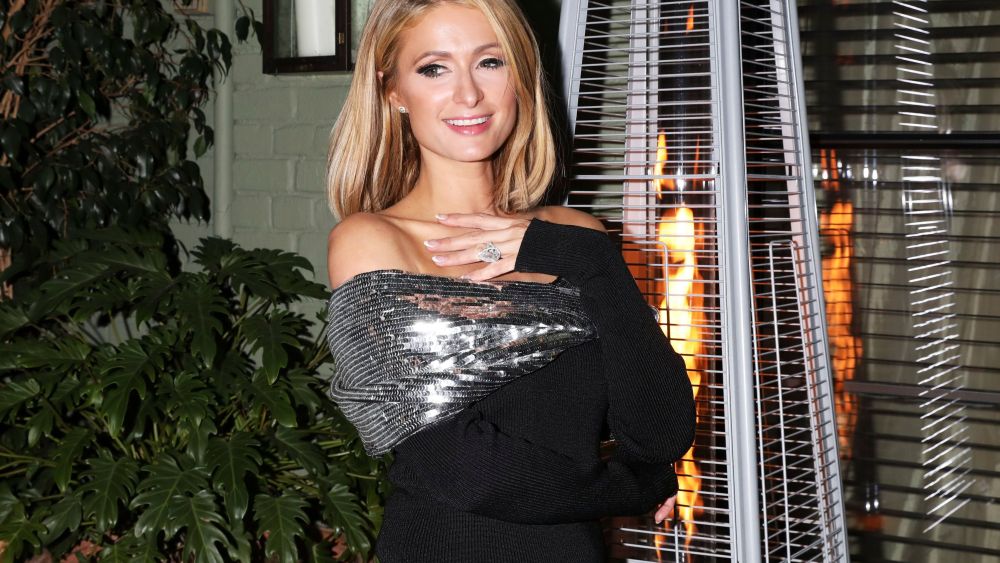 The DJ-slash-heiress-slash-fragrance mogul (23 perfumes and counting) has had “quite the schedule.” On Wednesday, she flew in to New York City from Brazil, where she had been touring for Brazilian Carnival and celebrating her birthday. She’s been simultaneously working on new music and most importantly, planning her wedding to fiancé Chris Zylka, which, of course, involves choosing a dress.

Or in Hilton’s case, dresses. Never one to pass up an outfit change, Hilton is planning on at least one change of dress at her wedding — or, as recent reports suggest, her multiple weddings.

The early Aughts icon took a break from touring to catch the end of New York Fashion Week and show support for Monse at the brand’s after party at the Gramercy Terrace at Gramercy Park Hotel Wednesday night. She arrived with her sister Nicky to the boardwalk-themed fete, which offered face painting, popcorn, cotton candy, corn dogs, tater tots, mini ice cream cones and an obligatory photo booth.

Last week, Juicy Couture made its runway debut and though Hilton — who helped make the velour tracksuits a staple around 2004 — was in Brazil at the time, she’s been paying attention to everything stylist and Juicy Couture creative director Jamie Mizrahi has been doing. And she loves it.

“She’s so cool and she has the right vibe and such incredible style to make Juicy the Juicy of now,” shared Hilton. “I was in Brazil so I wasn’t able to go to the show, but I of course looked online and saw all the pieces. Of course it started with a tracksuit, which I rock on every plane, I wear it every day, I have every color. I’m obsessed with them. But to see her take it to the next level and make it a real fashion brand and something that’s high fashion, sexy, everything that Juicy is. I think it was a genius move on their part to bring her on board.”

And in the spirit of Valentine’s Day and her upcoming wedding — location(s) and dress(es) TBD —  Hilton is releasing a new song inspired by her romance with Zylka and love for Marilyn Monroe.

“This song is a love song I wrote that’s the perfect way to describe how I feel right now and it’s Valentine’s Day and I’m engaged,” she said. “I was very inspired by Marilyn Monroe, very Fifties love ballad. And my fiancé directed the music video and he did an incredible job and I’m very proud of it.”

Nothing in the world can stop her tonight.

Celebrity Fashion Accounts You Should Be Following on Instagram