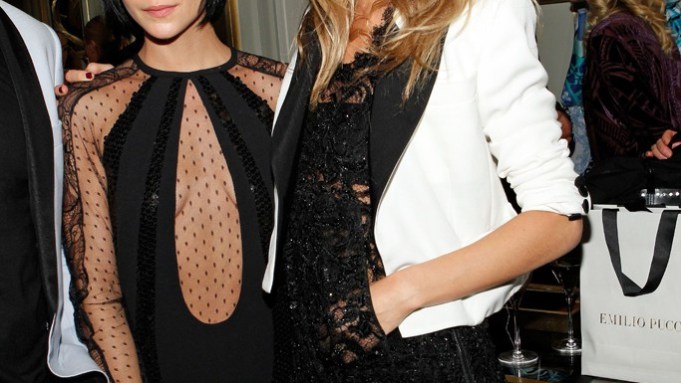 BABES IN TOYLAND: Peter Dundas is a magnet for beautiful women, and on Saturday, they flocked in droves to the cocktail and party celebrating the opening of Pucci’s new boutique on Paris’ Avenue Montaigne.

Dundas, who designed the store with architect Joseph Dirand, said he wanted to bring a little bit of Italy to Paris. “I think ‘home’ is probably the very best word I can choose for it, because it was really inspired by the palazzo in Florence,” he said, referring to the Pucci family’s 15th-century building.

Mannequins sporting giant hair sculptures had guests doing a double take. “I haven’t touched them yet, but I’d like to, strangely enough,” mused jewelry designer Betony Vernon. “Could it be wood or resin?”

After the cocktail, the crowd moved to the nearby Palais de Tokyo for a party at its Monsieur Bleu restaurant, which included a performance by Solange Knowles.

Ciara said she was about to release the single “Overdose” from her namesake fifth album. “I’m getting ready to shoot my video with my friend Diane Martel and I’m excited about that,” said the singer, adding that she hopes to go on tour next year.

Delevingne said she was shuttling between London and Los Angeles, where she is trying to break into television. “It’s tougher than what I thought, but I’m a stubborn Taurus and I will see it through until I get a job,” she said.