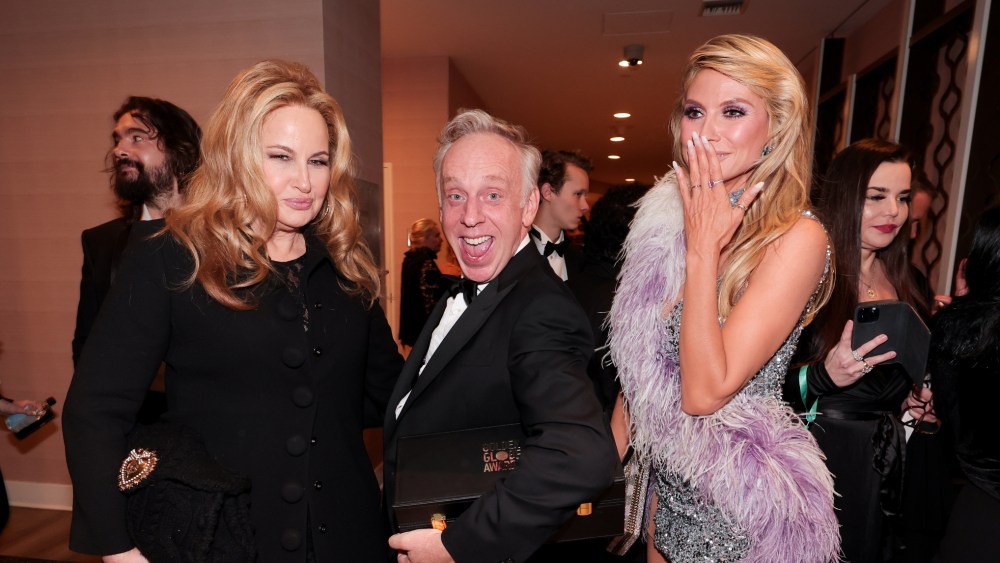 It was a party scene like no other at the 80th Golden Globe Awards, back in-person and on TV for the first time since 2020, and fighting for relevance after diversity and ethics scandals in the Hollywood Foreign Press Association.

Usually buzzing with celebrations hosted by the major networks, streamers and studios, the only official after party was hosted by Billboard on-site around the pool at The Beverly Hilton.

And only a handful of A-listers made it inside. Most left immediately after the ceremony. They mingled by the heaters, smoking cigarettes and finishing drinks as they waited for their cars to pull up. Andrew Garfield chatted with Anya Taylor-Joy, barefoot in her yellow Dior two-piece, as Quentin Tarantino caught up with Diego Calva, in his green Gucci suit.

There were whispers of a private party for “The Fabelmans” — winner of best drama motion picture, with director Steven Spielberg receiving best director in the category. Michelle Williams, dressed in ethereal Gucci, a light and airy number covered in ruffles and pleats, was noticeably beaming from the win.

Inside, elbow-to-elbow, it was a tight squeeze under the tent, where Pee Wee — Anderson .Paak’s DJ name — spun the tunes.

“How much COVID[-19] do you think I just got?” joked Evan Peters, who took home best actor in a limited series for Netflix’s “Monster: The Jeffrey Dahmer Story.”

He, like many winners, stopped by the bash to get a trophy engraved.

There for a good time was “Wednesday” star Jenna Ortega, who had switched out of her nude, cutout Gucci gown for a Dolce & Gabbana bustier ensemble and blazer in keeping with her character’s black-and-white aesthetic. She was alongside costar Percy Hynes White all night.

The two stood at the center of the packed party where “Abbott Elementary” creator Quinta Brunson sat toasting her show’s many wins. It received best musical/comedy series, while she and Tyler James Williams got best actress in a TV musical or comedy, and best supporting actor in a TV series, respectively.

Nearby, Sheryl Lee Ralph held court at a table with daughter Ivy-Victoria Maurice. Complimented for her jewel-encrusted gown, Ralph said her daughter had helped style the look.

Or, as Maurice said, her “fit” — head to toe. The dress was by Jason Rembert for Aliétte.

“This is actually heliotrope,” she corrected the fan. “It’s a very special purple.”

She posed for photos with passersby, as did Peters, Ortega and just about everyone; it was a bombardment of selfies, in fact, all night. But no one was more popular than Jennifer Coolidge, winner of best supporting actress in a limited series for HBO hit “The White Lotus.” Sparkling in black Dolce & Gabbana, she was stopped, pulled left and right, every step she took.

How was she feeling?

“Very good,” she said, flashing a smile and thumbs-up before disappearing into the crowd.