Party Scene Heats Up in Cannes 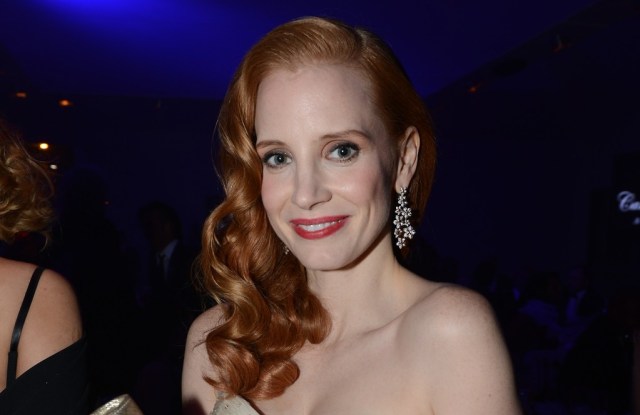 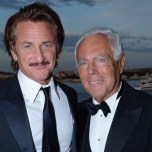 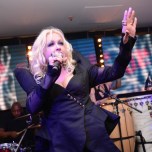 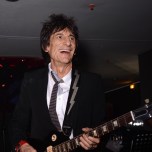 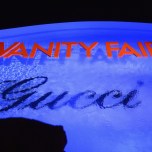 CANNES, France — Film and fashion joined forces for a round of glittering weekend parties at the Cannes Film Festival.

The action kicked off Friday night with “Haiti: Carnival in Cannes,” a benefit for Sean Penn’s J/P Haitian Relief Organization, Canadian director Paul Haggis’ Artists for Peace and Justice and Czech model Petra Nemcova’s Happy Hearts Fund. The fund raiser was supported by Giorgio Armani, who hosted a predinner cocktail party on his 213-foot yacht, Maìn. Armani described Penn, who was staying on the boat, as the most considerate guest. “He treats it like a precious object,” he said. But the American actor quickly showed his mischievous side, randomly spritzing male guests with a bottle of Armani fragrance. “Now everyone is wearing Armani — I’m ready to party tonight,” Penn declared.

By the time he took to the mic at the dinner, shortly before midnight, it was clear he had done just that. Over 15 minutes, Penn delivered a rambling, impassioned and expletive-laden speech in front of a crowd that included Gerard Butler, Ben Stiller, Jessica Chastain and Tom Hardy.

“I’m going to be tangential, because that’s my job, and it’s the influence of vodka,” he said. “Why do I ask your attention at this late hour, when you have other parties to go to and other people to f–k? Because once upon a time, I was ashamed of myself more than I am today, as I think you should be.”

He continued: “You don’t need blood on your arms, carrying a baby up a hill, to matter. Believe me, the check matters. It matters. F–k ’em if they say to you, ‘Oh, you just write a check.’ You’re making a change.”

His technique paid off. A live auction of lots, including an impromptu offer from Penn to spend three days on the ground with him in Haiti, helped bring the total raised on the night to more than $2 million. Afterwards, guests shimmied to a live concert by RAM, Haiti’s leading Racine music band. At the Cannes jury’s table, talk turned to men in skirts. Jean Paul Gaultier, who wore a floor-length trouser skirt for the festival’s opening ceremony, said organizers had refused him access twice in the past — once for wearing a tuxedo with shorts, another for wearing a kilt.

“Disallowing a kilt is a racist act against the Scots,” exclaimed Ewan McGregor.

“It is very sexy, no, the kilt?” mused Gaultier.

“I love wearing the kilt,” answered McGregor, adding that he dons it the traditional way — sans underwear. “That’s the only way.”

Across town, Cyndi Lauper kept revelers dancing late into the night at a concert organized by vodka brand Belvedere at the VIP Room. After delighting the crowd with her hits “True Colors” and “Girls Just Want to Have Fun,” Lauper was joined onstage by Rolling Stones guitarist Ronnie Wood for a rousing rendition of the Faces’ “Ooh La La.”

Earlier that night, Robert De Niro, Charlotte Casiraghi and Salma Hayek hit the red carpet at the premiere of the restored and extended version of Sergio Leone’s classic “Once Upon a Time in America” — a project funded by Gucci via its long-standing partnership with Martin Scorsese’s Film Foundation. De Niro was visibly moved as he reunited with cast members James Woods, Jennifer Connelly and Elizabeth McGovern.

“I remember it as one of the longest movies I ever worked on — I don’t think Sergio ever wanted to finish it,” he told the audience.

Saturday night, Gucci and Vanity Fair threw a dinner in honor of De Niro at the Hotel du Cap-Eden-Roc in Cap d’Antibes. Gucci creative director Frida Giannini said she felt “like a teenager” in the presence of De Niro and Woods.

On Sunday, the heavens opened on Cannes, dampening the spirits of all but the hardiest partygoers. Decades co-owner Cameron Silver defiantly donned a white tuxedo and headed to the Paradis yacht party held by children’s nonprofit The Art of Elysium. Also in attendance was Caleb Landry Jones, in town for the premiere of Brandon Cronenberg’s feature debut “Antiviral.” The up-and-coming actor confessed he was still adjusting to the demands of fame, after a recent L’Uomo Vogue shoot that required him to wear a skirt around his neck.