Partying All Around Design Week

Milan's evening soirees heated up after the official Salone del Mobile exhibition closed for the day.

By Alessandra Turra and Luisa Zargani
with contributions from Filippo Brachetti
on April 19, 2011
View Slideshow 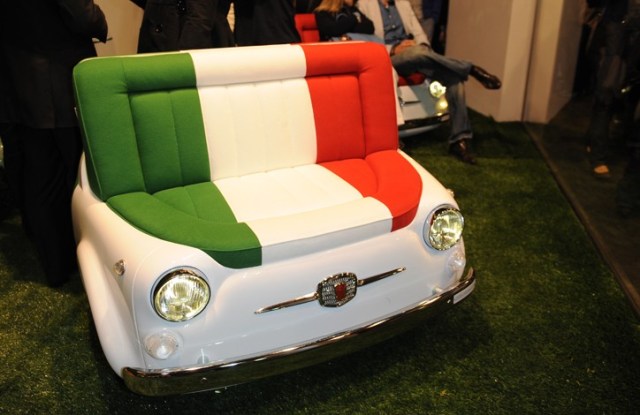 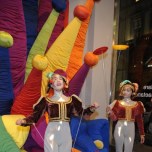 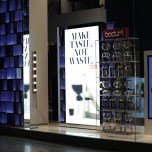 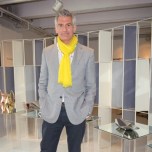 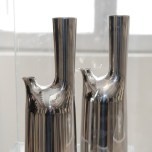 MILAN — Though the official Salone del Mobile exhibition at Milan’s Rho fairgrounds closes at 6:30 p.m., there’s not a moment’s rest in the city during Design Week.

Those who attended any one of the countless late-night events — like the Lacoste Smash Party with French super DJ Martin Solveig at the Magazzini Generali club on April 14 — still had the opportunity to browse the numerous stores and showrooms, which kept their doors open until late for the week.

Department store La Rinascente partnered with interior magazine Interni to mark the Salone with the “Mutant vitrines” project unveiled on April 11: eight designers, including Zaha Hadid, Mario Botta and Richard Meier, developed the “mutant architecture” theme with conceptual and flexible structures. The models are on display for two weeks in the eight windows of the store’s Milan flagship in Piazza Duomo.

Across town in the Tortona design district, Hamburg-based Dedon capitalized on the showroom’s garden, showing the Nestrest, by Fred Frety & Daniel Pouzet, hanging and standing loungers inspired by bird nests, with the added comfort of large mattresses and cushions in the interior. Dedon has been working with photographer Bruce Weber for its ad campaigns. “He knows how to capture the amazing moments in life,” said Hervé Lampert, chief executive officer of the company, which opened a showroom in New York in November. “The ads are about friendship and joy, energy and lifestyle.”

On April 13 at an event promoted by Lapo Elkann and featuring a circus act, Fiat and furniture brand Meritalia presented the “Fiat 500 Design Collection” consisting of a sofa, a table and a “console” inspired by the original Seventies model of the classic Italian auto.

The same night, the Max Mara flagship hosted a cocktail party to celebrate the “Make Taste, Not Waste” exhibition in collaboration with Bodum. To mark its 65th anniversary, the Danish company presented a selection of its most iconic coffee makers, including “Santos,” subsequently renamed “Pebo,” the first model designed by Klaas Klaesson in 1958.

At the Sportmax boutique, designer Stéphanie Marin showed her Kandinsky-inspired pieces for Smarin, including a bench, a desk and two bookcases that could be arranged in different ways, curved around poufs that come in 64 different colors.

A few steps away, German designer Jan Kath, famous for his Nepalese handmade carpets, presented his installation “Carpet Monsters” at the Pennyblack store. In order to show how the “Erased Collection” is crafted, Kath placed small rag dolls armed with saws, drills and knives on a huge white and gray carpet attached to the wall.

The “Masterpieces by Georg Jensen” exhibit was inaugurated with a Danish-style breakfast at Galleria Carla Sozzani in tandem with the global launch of a new kitchen concept for the luxury brand by Alfredo Häberli, who praised Milan Design Week for its more relaxed feel and the free flow of ideas between designers. The exhibit, which features a collection of iconic pieces dedicated to Danish design including its newest entry, Häberli’s Peacock Pitcher, will be on display in Milan until April 23, after which it will move to the Dover Street Market in London.

Dolce & Gabbana opened the doors of their D&G Via Broggi headquarters for the Piuarch exhibition. The architectural studio, founded by Francesco Fresa, Germán Fuenmayor, Gino Garnellini and Monica Tricario in 1996, handled the restyling of the Milanese fashion firm’s building over the years, including the D&G crystal building and the Metropol theater, where the company holds its runway shows. The event also celebrated the launch of the book “PIUARCH. Works and Projects,” published by Skira.

Moncler took a more creative approach with the “Moncler Illustrated” collection, presented at a cocktail party in the boutique on Via della Spiga. The house’s classic down jacket has been embellished with the illustrations of three graphic designers: Jordi Labanda, Alexandra Compain-Tissier and Erin Petson. “I associate Moncler with the idea of climbing a mountain with style,” said Labanda, who offered up a superglamorous depiction of the first Himalayan explorations.