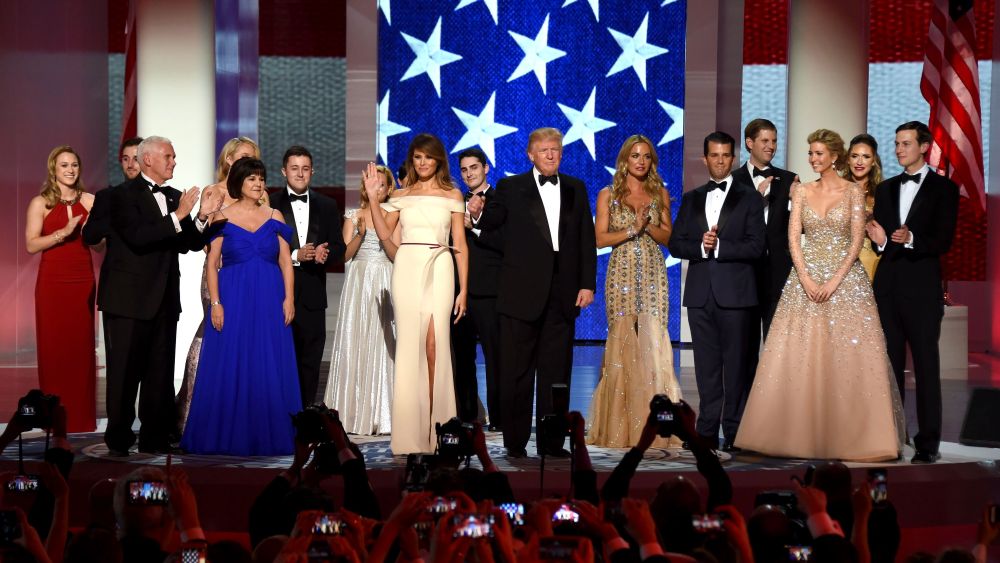 Inside the upper level of the Walter E. Washington convention center Friday evening, only hours after Donald J. Trump was sworn in as the 45th president of the United States, the mood was continuously celebratory for the official inaugural balls.

And with a New York-bred president came a few NYC touches. The three official balls, including the Liberty and Freedoms balls held in the convention center, were planned by former Vogue Met Ball organizer Stephanie Winston Wolkoff, in a manner Anthony Dolan, speechwriter to Ronald Reagan and a senior adviser during George W. Bush’s terms, found indicative of the incoming president. Hence the sentiment he expressed above.

“He’s very New York — and I think people don’t understand that,” Dolan continued while awaiting President Trump’s first dance at the ball, which would be to Frank Sinatra’s “My Way.” “I think he’ll bring some class and some energy — all the good things New York has to offer. And above all, humor. So I think it’s going to be a fun time. I’ve been in Washington now since 1980, and if you make a joke, people think, ‘What was that about, what did he mean?’ And in New York, everybody laughs. Everybody here in Washington is timid and bureaucratic, and they don’t enjoy the fun of being Jewish or Italian or Irish — I told Jared his son-in-law at one point, ‘Bring down some great diners and delis.’”

Caitlyn Jenner, fresh off her appearance at the Candlelight Dinner with the Trumps the night before, was the party’s biggest celebrity, mingling in the VIP tent (alas, the first family didn’t stay for small talk).

“Just meeting a lot of the people, and [talking] about a lot of the issues,” Jenner said of her highlight thus far in inauguration weekend, as she was ushered into a handshake with Gov. Rick Perry.

While the First Lady Melania Trump’s fashion choice for the evening of Hervé Pierre was closely watched and scrutinized, other political wives in attendance didn’t feel the same pressure. “He’s a designer out of Amsterdam, and I don’t remember his name, I’m really sorry,” said Anita Thigpen Perry, wife of the Energy secretary nominee, when asked of her dress. “I wanted something tea-length and blue and he had it. I wish I could remember his name.”

After the President and First Lady had appeared for their first dance and migrated down to the Freedom Ball, which was a less exclusive gathering of over 20,000 guests, the VIP tent upstairs stayed brimming. House Speaker Paul Ryan was mobbed for selfies, as Floyd Mayweather made the rounds before taking his leave.
Reality star Duane Lee Chapman, known as “Dog the Bounty Hunter,” held court against the curtain, fielding requests for selfies. When asked what he most was looking for from the Trump era, he offered the following: “When I lock someone up, I don’t want them holding the door for me when I leave. They let them go too fast — way too fast. [Trump] is going to change that. And he’s going to rehabilitate them. And we’re going to make them righteous people.”