"I wanted to have a little fringe and Angela said, ‘Bring it on.’ So we’re bringing it on tonight," said Anna. 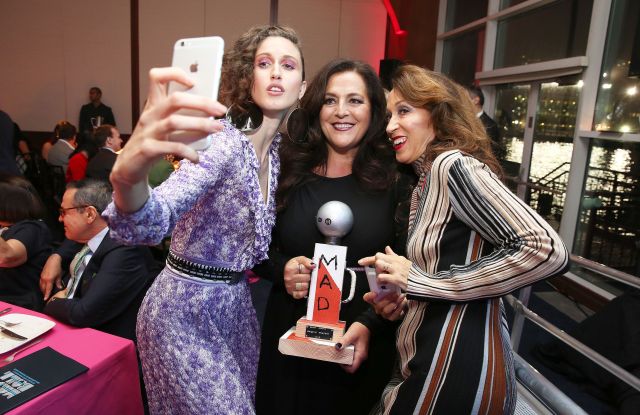 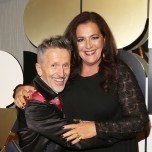 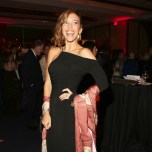 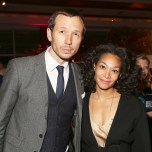 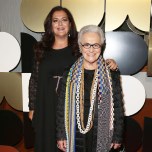 “This is going to be the most insanely glamorous, beyond gorgeous MAD Ball ever,” said Simon Doonan, the master of ceremonies at the Museum of Arts and Design’s Diamond Jubilee Ball. In addition to “glamorous” and “gorgeous,” “sexy” became a buzz word at last night’s event. The museum’s newly appointed director, Jorge Daniel Veneciano, used the word to describe the museum after first comparing its design to a fishnet stocking. Sexy indeed.

A jazz band added to the sexiness of the evening, as did the out-of-the-box art offerings up for auction. But for Pat Cleveland and her daughter Anna, the night was more about legacy and fashion — and Missoni.

“I’m wearing Missoni head to toe, head to toe,” Anna said. “I feel like I jumped in the suit, in the jumpsuit, and I’m so comfortable, and the fabric feels so soft on my skin. I’m very thankful. I’ve known [the Missoni family] since I was a little kid and I grew up in the clothes. I wanted to have a little fringe and Angela said, ‘Bring it on.’ So we’re bringing it on tonight.” Anna and her mother were showing support for Angela Missoni, who, along with Charles S. Cohen, the late Zaha Hadid and Yinka Shonibare, MBE, was one of the recipients of MAD’s Visionary Awards.

“I know this girl since she’s born,” Missoni said, referring to Anna.

“What are you saying?” Cleveland said, joining in on the conversation. “Generations, color, fashion. We grew up together in fashion.”

“I’ve known Angela since she was 12 years old, and now she’s the head of the company,” Cleveland said. “She’s taking over, she’s doing a great job. She’s bringing color to the world and she’s making people look beautiful. And she’s a beautiful person. So we’re here tonight to enjoy her presence and everything is just flying up into the air with the beauty of Missoni. So let’s keep following that star because that is a good star to follow. Family values, family values.”

Whoever thought “family values” and “sexy” couldn’t be uttered in the same space never went to the MAD Ball.