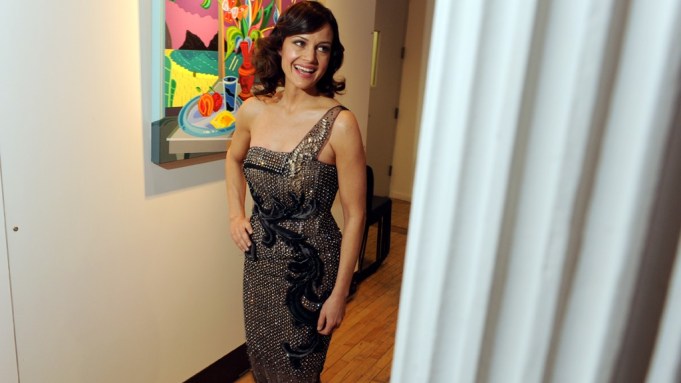 “They’re starving artists,” Joan Rivers exclaimed while hunched over in an artist’s booth Monday night at the New York Academy of Art’s annual Tribeca Ball, sponsored by Van Cleef & Arpels. The comedian was signing purchase forms for a few pieces of student artwork on the basement level of the sprawling graduate school on Franklin Street.

“I bought a very charming little butterfly painting,” she continued, before turning to the artist Matt Stanton. “Don’t tell anyone I bought three. They’ll be very jealous.”

“[Bob’s] probably my oldest friend,” said Glenn O’Brien. “We did the literary magazine together at Georgetown. You know, Bob did a fantastic Mick Jagger imitation. It’s really amazing.”

Revelers rushed a camera-shy Mary-Kate Olsen and her boyfriend, Olivier Sarkozy, as they moved toward the staircase. On the third floor, Chelsea Handler clung to beau André Balazs while an accordionist and a portraitist entertained the room. Further up, a fortune-teller reading tarot cards drew a long queue.

“It was fun for me to walk around,” said Matt Lauer, of his first time attending the event. “It’s a little bit pressure-packed, because you’re walking into the studios and the artist is right there, so your reaction is [seen].”

Rachel Feinstein had just returned from a Miami visit to her parents’ for what turned out to be an anti spring-break experience. “I feel like I’m on a different planet when I’m down there,” she said. “Took the kids for the first time with no husband and no nanny. Three kids. It was a nightmare. [My husband] complains the whole time at home with my parents, being like, ‘The refrigerator has rotten food in it.’”

“Her parents’ refrigerator is set to like, 71 degrees,” added Feinstein’s husband, John Currin, of his usual experiences.

When pressed for that famed Jagger impersonation, Colacello demurred: “Maybe later, when [DJs] AndrewAndrew come on. In the Sixties, The Rolling Stones were it — not that they still aren’t, in my book. But yeah, I was pretty good at it,” he said. The man of the hour was the subject of several pieces of the artwork on display.

“In the basement, you’ll see that this friend of mine from Estonia, Martin Saar, did all these portraits of me. He found some photos I wish he hadn’t found, so I was a little surprised,” he said.