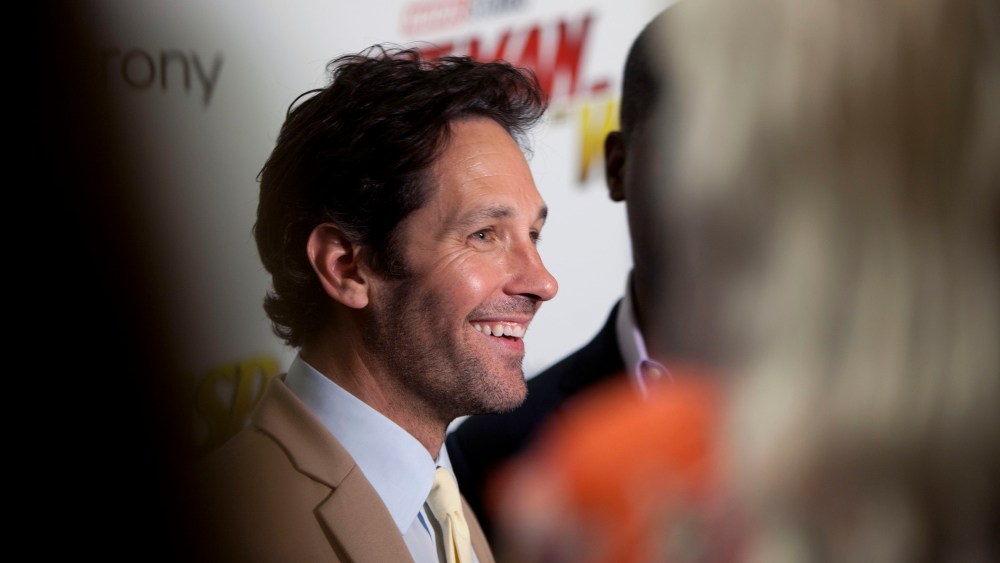 After the weighty cliffhanger of Marvel Studios’ “Avengers: Infinity War” earlier this summer, “Ant-Man and the Wasp,” which held its New York screening Wednesday night at MoMa hosted by The Cinema Society and Synchrony, gives moviegoers a lighter and funnier installment in the 20-film cinematic universe.

“I feel like this is a nice movie to come out after ‘Infinity War,’” said Paul Rudd during the press line, who reprises his role as Scott Lang as the titular superhero. “[The film] does tie it together and there is a connection, but at the same time it’s not quite as heavy and I feel as if it’s nice to laugh for a little bit for many reasons.”

The second installment in the “Ant-Man” franchise, “Ant-Man and the Wasp” takes place two years after the events of “Captain America: Civil War,” where Rudd’s character is on his last days of house arrest before rejoining Hope van Dyne (also known as The Wasp), played by Evangeline Lilly, and Michael Douglas’ Dr. Hank Pym, in a mission to find Pym’s wife, played by Michelle Pfeiffer, who they believe is trapped in the quantum realm.

After the screening, Rudd and Douglas joined guests at The Water Club for an after party full of Eighties’ hits and drinks themed to the film.

Even though this is the third Marvel film Rudd has starred in, he’s still getting used to the massive, dedicated fandom surrounding the movie franchise.

“I’ve adjusted to it in the sense that I know that I’m in it,” he said. “At the same time, you never really get used to being part of such a powerful collective that’s world-renowned and beloved, so it’s an honor. I wouldn’t say that I’m 100 percent at ease, but I’m enjoying it. But it is still a bit strange.”