"I am so bored with the world being so full of other stuff. I think it should be just about friendship,” said Paul Smith, celebrating his Hollywood friends over dinner at the Chateau Marmont Tuesday night.

“I’ve been to many of these little fashion things on the top of Chateau Marmont, but never one with me as a host…and I get to do it with the legendary Paul Smith,” said John Legend, raising a glass of bubbly to Hollywood friends of Sir Paul on Tuesday night, including “Crazy Rich Asians” hunk Henry Golding, pop singer Meghan Trainor and music man Lionel Richie. “I’ve been wearing his clothes a long time, and we especially had a great year last year when he dressed me for most of my Christmas tour,” continued Legend, dressed in a holiday red Paul Smith coat — and lovingly not letting his wife, Chrissy Teigen, get a word in edgewise. “He came all the way from London for this.”

“It’s true, I came all the way from London because he’s a very special man.…I am so bored with the world being so full of other stuff. I think it should be just about friendship,” said Smith. 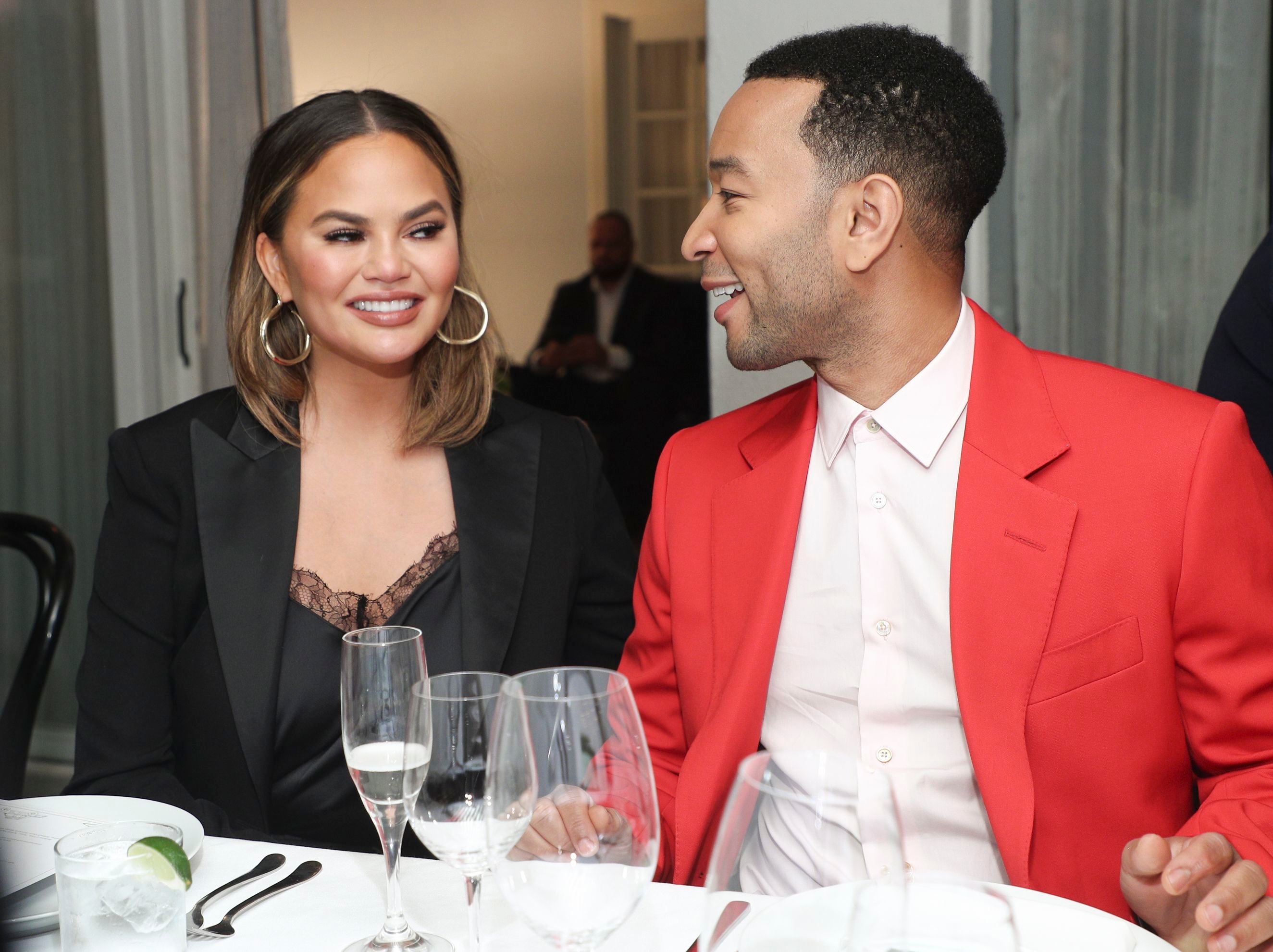 After celebrating Gary Oldman last year, Smith’s Hollywood friends and family nights are becoming an annual tradition. Drinks and dinner were served for the intimate group on the terrace of Penthouse 1, with the lights of Sunset Boulevard blanketed below. “I used to be a hairstylist many moons ago in London, and where Paul’s store is on Floral Street, I used to walk past it every day. He’s been a constant,” said Golding, sporting the designer’s blue checks. (Side note, Orlando Bloom once worked in the same Covent Garden store.)

Smith founded his men’s wear company in 1970, added women’s in 1993, and over the years has dressed everyone from David Bowie to Grace Coddington to Armie Hammer. Next up in the Hollywood realm, he’s designed costumes for “Men In Black 4,” starring Chris Hemsworth and Tessa Thompson, and hitting theaters June 14. 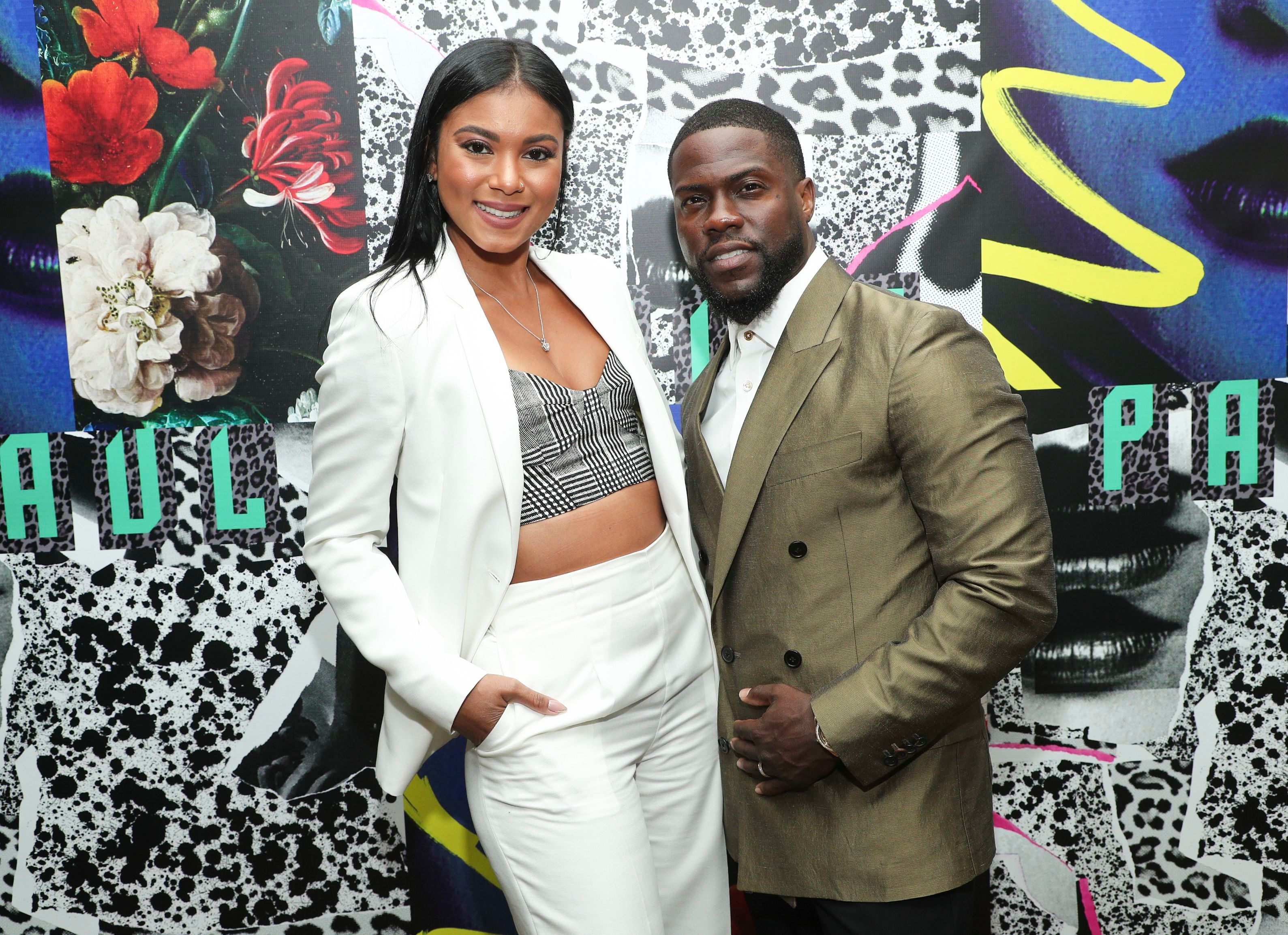 “He does an amazing job of tailoring to the smaller man…and of not following trends but staying in his lane,” added Kevin Hart, who was on a rare date night with wife Eniko Parrish. Also suited-up by Paul Smith for couples night out were newlyweds Meghan Trainor and Daryl Sabara. “In the beginning of my career, they always put me in skirts…the day I put on a suit…it was a game-changer,” said Trainor. “I didn’t think with my thighs I could do pants, but my thighs look great. I’m not wearing Spanx tonight!” 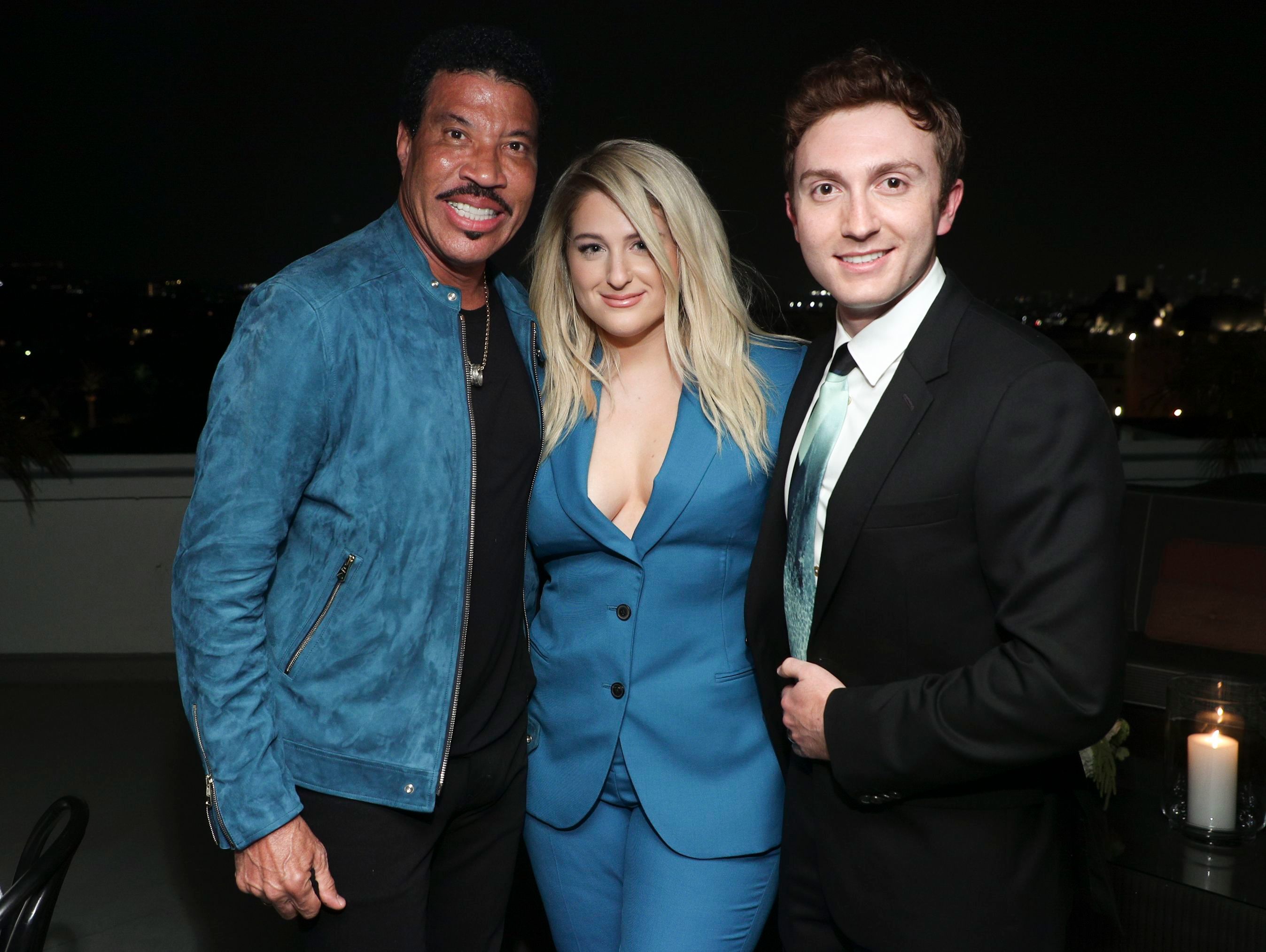 One of the catalysts for the evening was Hollywood stylist David Thomas, a London native now in Los Angeles who works with Legend, Golding and Richie.

For Thomas, Smith has been a go-to, and a go-to good guy, for years. “I love his tailoring, his use of color, his use of plaid, his photographic prints, and I like the way he mixes it together,” said the stylist, before sharing a personal story from way back when. “I first met him when I was 22, he gave a talk at the design center in England and I was the men’s assistant at Elle magazine at the time. I waited afterward because I wanted to meet him. He was very encouraging and then offered to drive me home to Notting Hill. He had this vintage two-seater Porsche that was incredible,” remembered Thomas. “Then, the next day at Elle, there was a package from Paul with two shirts, a toothbrush and a lovely note encouraging me to keep doing my thing.” After hearing the story for the first time, Legend chimed in himself: “Thanks to Paul for being a good person when he didn’t have to be. Just to be a good person — that’s awesome!” 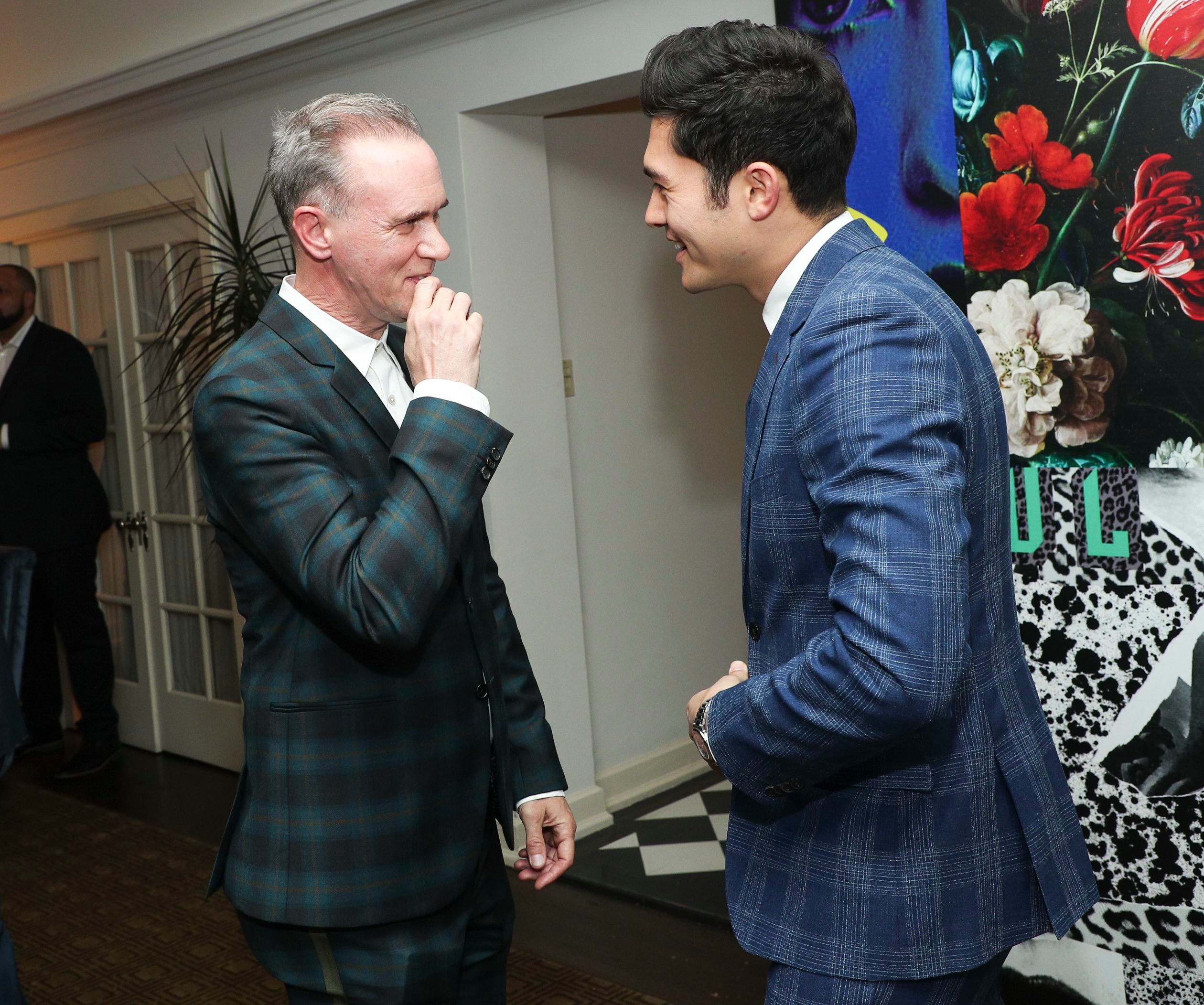